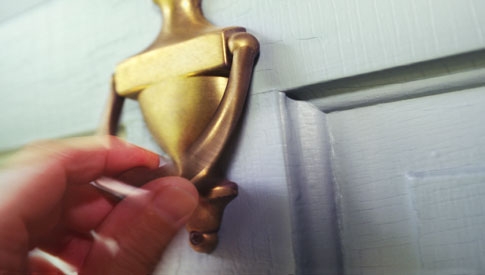 RESIDENTS have been warned to watch out for bogus collectors in the Lucan area.
Last weekend, fraudsters purported to collect money for Arthur Griffith Park FC in Kennys Pub – whilst others have gone door-to-door collecting “sponsorship” for Lucan Leisure Centre.

The football club and the leisure centre have both warned residents not to give any money to bogus collectors.

The incidents are the latest in a long line of fraudulent activity this year – with numerous clubs, community centres and charities, being fraudulently represented by opportunist thiefs.

“We carry ID on us, but everyone knows myself and Jonathan. David moved here from Tallaght,” said Allan.

“The worry is that this could affect goodwill for the club – we get a great response door-to-door in Arthur Griffith estate. There is a fine balance in trying to raise funds.

You don’t want to do too much – there is always someone with a box outside the shops. But when you have someone going around like this, it jeopardises the club.”

He continued: “I doubt they had permission to go into Kenny’s – we asked the pub and didn’t get permission.

They took a massive gamble, because if they went into O’Neill’s, one of our members would have spotted them.”

Allan started the club in 2010, which caters for kids up to over-35s, and has grown so fast, he is seeking volunteer coaches and managers.

“Under no circumstances would we have anybody out requesting sponsorship on our behalf. Should this happen in your area please contact the gardaí immediaty or call the centre on 6241930.”