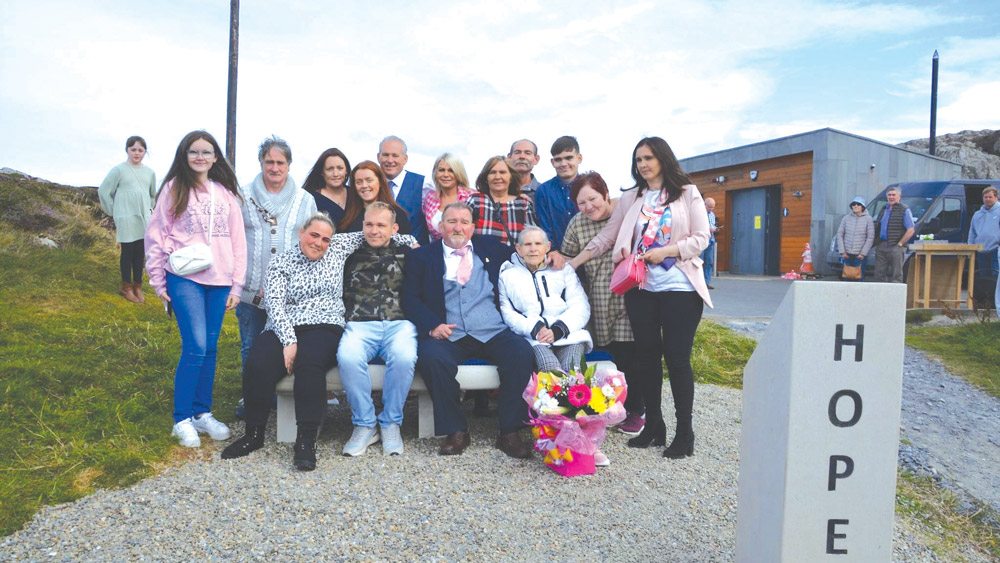 The Fox family at the Bench of Hope in Malin Head, Donegal and

Bench of Hope for those struggling with mental health

A NEW bench perched on Malin Head in Donegal to help those who are struggling with their mental health was unveiled by Tallaght man Johnny Fox last weekend.

The bench is the first in a series of Benches of Hope, with plans for benches to be placed at key locations on the north, south, east and west of Ireland.

Killinarden man Johnny Fox and his wife Gertie, who are well-known for founding the Darkness Into Light event for Pieta House, unveiled the bench as it’s dedicated to the couple in recognition of their fundraising over the years.

The Benches of Hope project is being spearheaded by Johnny and Gertie’s second-oldest son, Sean, along with other team members.

The Foxes have dealt with loss in their own lives, such as their son Robert passing away from cancer in 2006 aged 43, while their other son Fergal was just 24 when he took his own life.

Since the loss of Fergal, the couple have dedicated their time to fundraising for Pieta House and raising awareness of mental health issues.

The new Bench of the Hope, Johnny said, will hopefully act as a point of comfort for anyone who might be at Malin Head and is in distress or struggling. 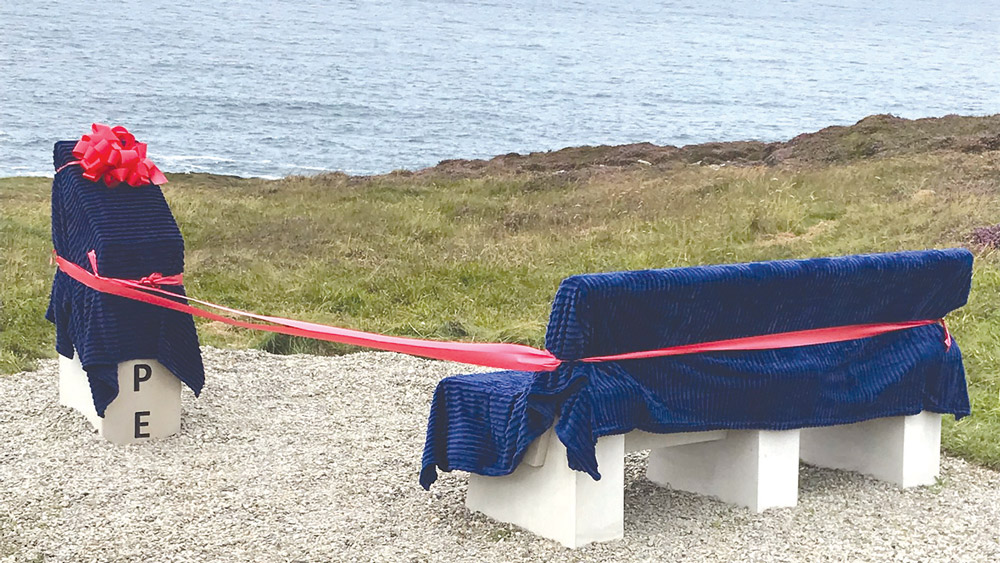 The bench before the unveiling

“It’s about getting people to sit, look out at the sea, and appreciate what they have and have hope for the future,” Johnny told The Echo.

“It means that anyone who’s there, who might be down in the dumps, might sit on the bench and maybe someone will stop and talk to them.”

He added: “It’s not my bench or Gertie’s bench, it’s for everyone. Once you sit on it, you can see nothing except the sea.

“America is across the ocean there, and with the wind, we’re breathing the same air as them. It shows that across the world we’re all the same, we all have hope and lives to live.”

This idea is encap-sulated in a poem that is on display at the bench, called ‘Your Light’ by Valerie E Fitzpatrick, which encourages gratitude and positive self-reflection.

Johnny praised the affecting nature of the poem and said that he was at a loss for words at the unveiling, describing it as an emotional experience.

When asked what his late son Fergal would have thought of the bench, Johnny said: “The first thing he’d probably do is look at me and say ‘I’m not going all the way up there.’