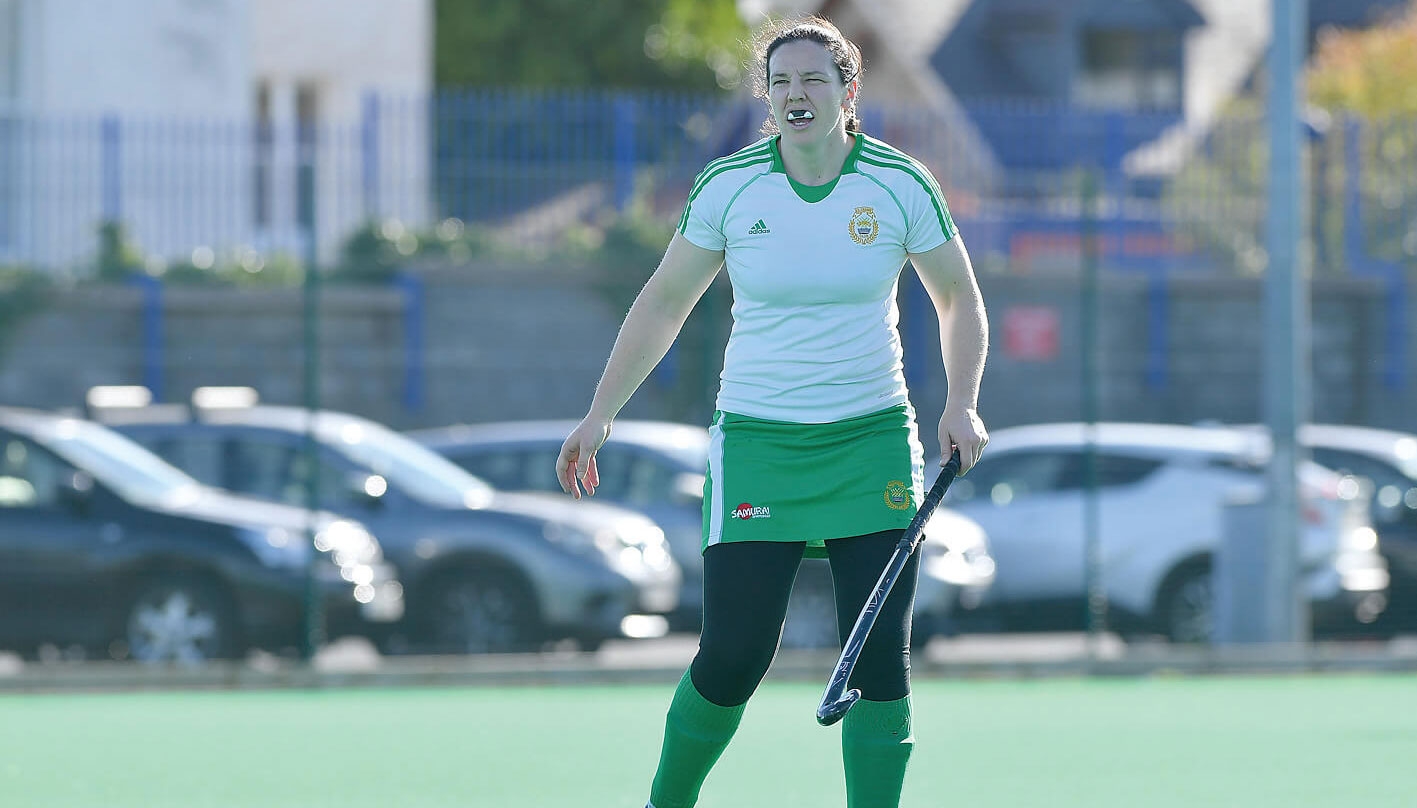 Big challenges for Fitzpatrick in 2019

PAULA Fitzpatrick may not be taking part in the Ireland Women’s Rugby team’s Six Nations adventure this year, but the Tallaght woman is certainly being kept busy.

A former captain of the Ireland team, Fitzpatrick also helped St Mary’s College Women’s side back into the All-Ireland League ranks last year, scoring two tries in their promotion play-off victory over Tralee.

Yet, she opted to turn her attention back to hockey last summer and has played a big part in Glenanne’s solid first half to the Leinster League Division One season.

“I decided to take a break from rugby to see how it felt and I’m quite happy at the moment.

“I’m back playing hockey with Glenanne and we’ve been doing quite well. We had a few bad results before Christmas, but before that we had been on a good run.

“I play up front and I’ve been doing pretty well. I’ve had two hat-tricks and I’m on about eight goals at the moment,” she added.

Glenanne currently sit fourth in the table, behind Corinthians, Monkstown and leaders Trinity College and will be back out in league action against strugglers Naas on Saturday.

“Glenanne is a great club,” continued Fitzpatrick. “I played with them since I was 15 and then had to leave when training with the Ireland rugby team ramped up ahead of the 2014 World Cup.

“But hockey was my first sport. My uncle Gerry McNamara was involved with Glenanne for years and when I was looking to play he encouraged me to try the club.”

Yet, hockey is not the only sport keeping Fitzpatrick occupied these days as she explained “I’m also doing some adventure racing and I have a couple of big ones coming up in June and October.”

Indeed, Fitzpatrick is set to link up with former Ireland rugby players Heather O’Brien, Elise O’Byrne-White and Fiona O’Brien to contest the Irish Sailing and Mountaineering Adventure Challenge in June.

Running from Kinsale to Dingle, the ISAMAC takes in three mountains, two of them being amongst the highest in Ireland.

Following that Fitzpatrick will travel to Greenland in October to take part in the Polar Circle Marathon.

There both a half marathon and full marathon are held on consecutive days in sub-zero temperatures, which has seen the event often referred to as “the coolest marathon on earth”

“They’re quite random events, but I’ve got to be doing something,” laughed Fitzpatrick.

Yet for now, she will be looking to help Glenanne make a real push over the second half of the season with a ten-point gap separating David Keogh’s side from Monkstown and Corinthians who share second place.