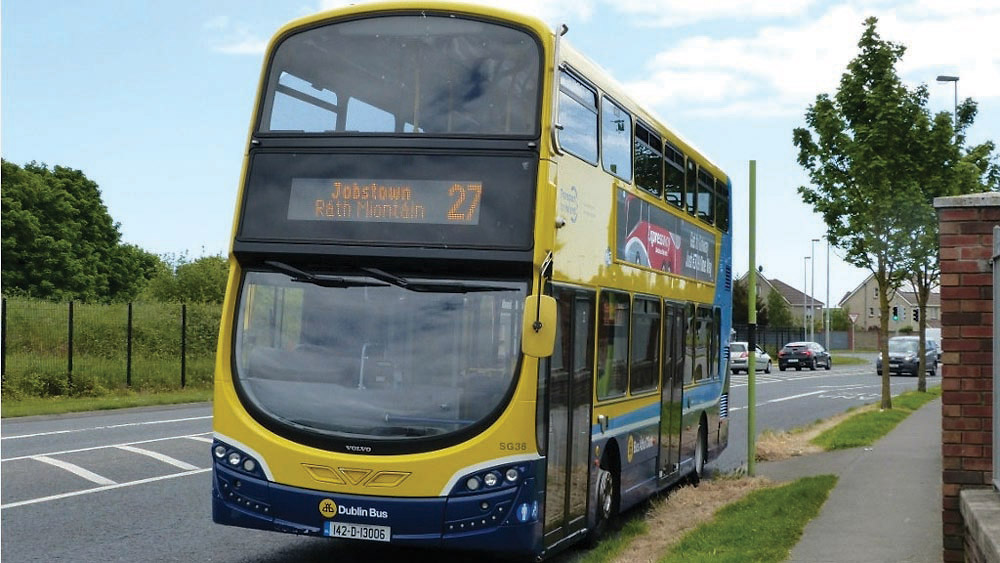 Detours have occurred regularly on the 27 bus route

A BROOKFIELD resident said that unexpected diversions on the 27 bus route that see the bus bypass Brookfield means that he “can’t rely on getting home safely”.

The resident, who is in his 70s and asked to remain unnamed, said that on the last two Thursday evenings when he has taken the bus from Tallaght village towards Jobstown, detours have occurred.

He said that the issue has been ongoing for three years, but he has noticed that it has worsened in recent weeks and he can no longer depend on the bus to bring him to Brookfield.

“Last Thursday evening, the bus driver went straight up to Kiltalown on the main road by the Jobstown House and bypassed Brookfield,” he explained.

“It means that I can’t rely on getting home safely. I could get a taxi or ask one of my grandchildren to collect me from Tallaght village, but I’d feel like I’d be losing my independence if I did.

“If they can’t go up there because of vandalism or attacks on drivers, then I have every sympathy for them, but I have a feeling some of the drivers just don’t want to go up there.”

The 27 bus has been a magnet for anti-social behaviour for several years, with an operation between gardaí and Dublin Bus recently seeing bus inspectors on the route being accompanied by guards.

In the first nine months of 2020, there were a total of 21 instances where the 27 Dublin Bus route, which runs between Clare Hall and Jobstown, was curtailed.

In 2019, before the onset of the Covid-19 pandemic, the 27 bus route was curtailed a total of 27 times due to anti-social behaviour.

In the past, the company was forced to alter the route of the 27 bus – as many as five times in less than two weeks – in a bid to avoid anti-social behaviour incidents in the West Tallaght area.

While it is unclear if anti-social behaviour is the reason behind the diversions away from Brookfield, the resident who spoke to The Echo said the community still needs a reliable bus service.

“If you think about it, there could be up to a thousand people coming up here, so that’s a lot of people who’ll have to walk home,” he said.

“We have to get off at the dual carriageway and walk the rest of the way home. I’d like to see the buses running through the area again in the evening – it’s as simple as that.”

The Echo contacted a spokesperson for Dublin Bus to establish the cause of the diversions, but a response wasn’t received at the time of going to print.