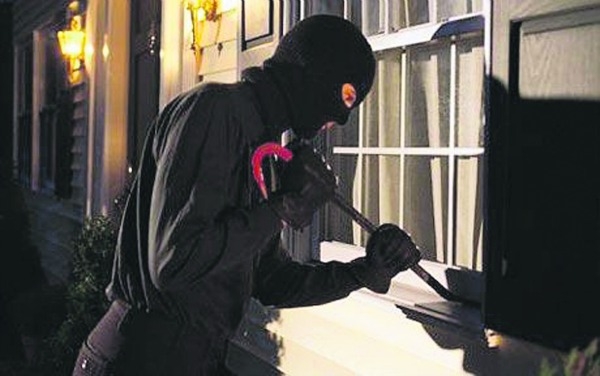 Burglary rates set to increase as Christmas gets nearer

CLOSE to 40 burglaries in the Tallaght area were reported to gardaí in the first three weeks of November, with homeowners encouraged to think security as the Christmas season descends.

According to Garda figures, 37 burglaries were reported in the first 22 days of November, 15 less than the same period last year – when 52 home break-ins were reported.

Garda stats also show that the burglaries are spread out across the area, with a number of communities targeted.

Tallaght Superintendent Peter Duff has this week encouraged members of the community to be aware in the coming weeks, and to ensure that windows and doors are locked and alarms set.

Supt Duff said: “We would come across a good few burglaries where the alarm wasn’t set or the house wasn’t secured properly, so we would ask people to take the time to check that everything is secure before leaving the house.

“At this time of the year people are also preparing for Christmas and we are asking home-owners not to leave gifts lying under a Christmas tree or on display.

“There is a huge market for electronic goods like computers and phones, so people need to be extra careful if buying these for Christmas presents.

“Also, in this day and age there is no need to keep cash at home and we’d encourage people to use an alternative method of payment.”

He added: “This year, people also need to be mindful of using their mobile phone to access their bank details in unsecure WIFI zones, and our advice would be not to do it.

“We’d also encourage people to keep their bearings about them when in carparks or when carrying shopping and to always pack any bags away in their boot.”

Tallaght Garda Station has a Crime Prevention Officer who is available to speak with homeowners, Neighbourhood Watch teams or resident associations.