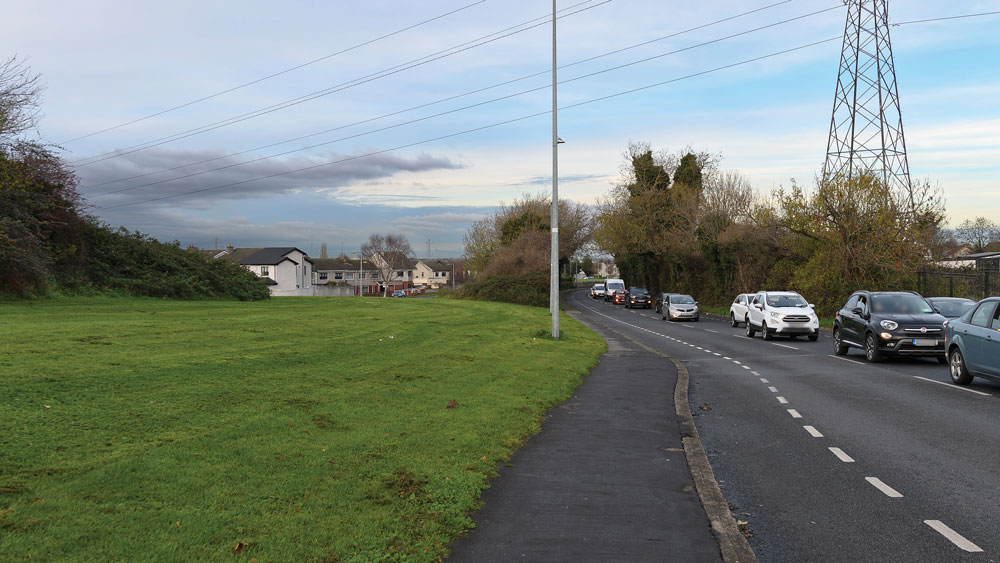 The Greenhills Road from Mayberry Road pointing towards Tymon Lane

PLANNING and design drawings for a new bus corridor on the Greenhills Road are currently being developed by the National Transport Authority.

Named the Greenhills Core Bus Corridor, the NTA plans to submit the details of the scheme to An Bord Pleanála by March of next year.

The topic was raised at a recent meeting of the Tallaght Area Committee by Tallaght Central independent councillor Mick Duff. Cllr Duff asked for details on the plans for the new Greenhills Road, from Mayberry to Tymon Lane and on land to the south of Birchview Avenue and Treepark Road, Kilnamanagh.

The proposed scheme is to facilitate the Bus Connects project, and Cllr Duff asked if a public consultation would be required for the plan.

He also requested that the Tallaght Area Committee be advised if any lands need to be acquired to facilitate the new bridge required over the M50 on Greenhills Road.

Explaining the NTA’s plans, the council said: “They intend to submit Greenhills Core Bus Corridor scheme under section 51(2) of the Roads Act 1993 to an Bord Pleanála approximately around March 2023.

“Usually, in that planning pack, the required land take for the scheme is submitted as part of a CPO (Compulsory Purchase Order) pack.

“The CPO pack identifies the plots of land required and the identified landowners.

“The NTA’s consultant team will be working in parallel to continue negotiations with the identified landowners on such items as land valuations, compensations and any remedial works negotiated with each of the landowners.

“The consultants will also start negotiating with SDCC on any land holdings in SDCC control.”

The local authority added that an email had been sent to the NTA in relation to this, and that a group email will be sent to the the area committee when a response is received.