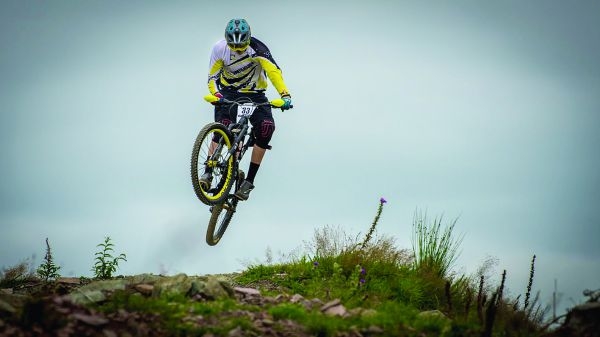 KILLIAN Callaghan again scaled the top of the podium after he contested the National Mountain Bike Championship on the purpose-built Ballyhoura Mountain Bike Trail Centre near Mitchelstown on Sunday.

Designed by local biking experts, this race venue is host to almost 100kms of designated forest and mountainous single track and has previously hosted the European Marathon MTB Championships along with many National Championship events.

Callaghan paced himself through the opening stage coming in behind top local rider Robb Hales and Conor Lavelle racing for the Factory Ibis Team.

The latter led by three seconds with only 100th of a second separating Callaghan and Hales.
Heading to the second stage, where the distance almost doubled in length, Callaghan recorded the fastest time by half a second, with Lavelle and Marcus Barry in hot pursuit.

Starting from the crest of Carron Mountain, Stage Three was the shortest of the day but again it was the Dublin rider on top, clawing back another half second into Lavelle’s lead.

Stage Four was designed to be the deciding stage of the day, with its fearsome decent down the exposed Seefin Mountain leading into the lower forest single tracks and taking the riders back to the starting area.

Callaghan revelled in this challenge with his brilliant line choices through the toughest terrain.
After more than seven minutes of descending he posted a time of 7.01.75 minutes, but it was a long wait to see the time of his main rival and World Series competitor Lavelle.

In the end he posted a time of 7.21.31 leaving Callaghan, riding for the Biking.ie Team, the quickest by an amazing 20 seconds.

What’s more his incredible time was also the third fastest time in the Pro Men division.
With the hard work done Callaghan still had to climb back to the top of the Seefin mountain for the final stage of the day.

Lavelle did all he could to counter-attack his rival and managed to pull back five seconds, however with another second fastest time by Callaghan it was going to be close.

“I’m so happy to have taken the title today” said a delighted Callaghan after the race.
“Conor and myself were neck and neck all through the day and I knew it was going to be close.
“My Vitus just handled everything I threw at it and it was a really tough race “.

“I knew it was going to be a tough battle with Conor.
“He’s just back from racing the World Series rounds that I didn’t get to, but I really knew that Stage Four was going to suit me.

“After taking it steady on the first stages, I just gave it everything on the fourth stage” he added.
Callaghan’s younger brother, Emmet, who is in his first season, battled his way through the tough event to finish a very creditable 12th in the Junior Men’s category.

It is now back to training for the next couple of weeks before the final round of the Gravity Enduro Series takes place in Carrick Mountain- home of the famous Enduro World Series.