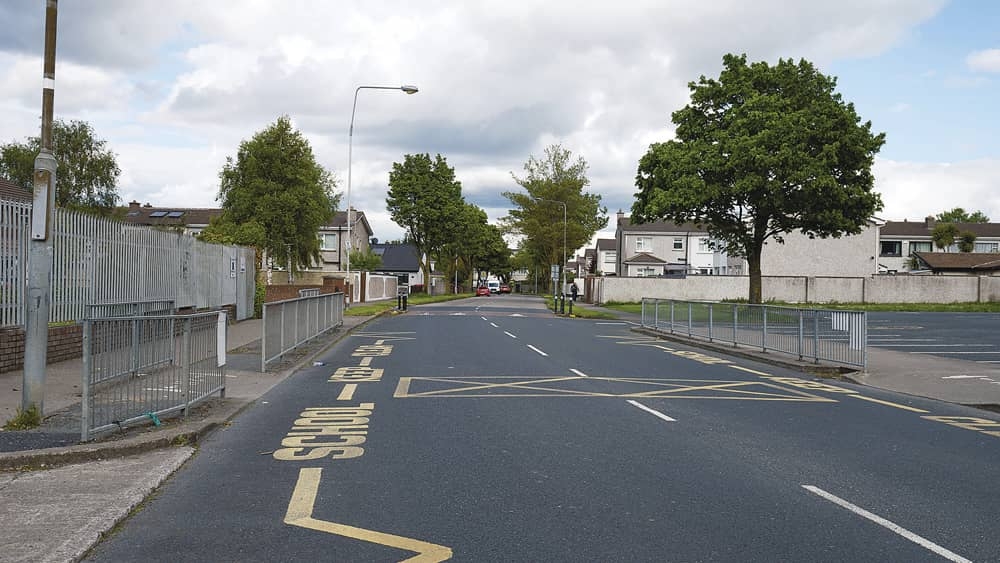 THERE are calls from concerned residents for more ramps on a busy road after a shocking hit and run incident took place in a local estate recently.

There are pleas from residents on the back of the incident that happened on Saturday, May 15 at Maplewood Road in Springfield, when a vehicle crashed into a number of cars, causing serious damage to the cars and injuring two people.

Residents are calling for more ramps on Maplewood Road

Local councillor Charlie O’Connor said that the incident was “quite a dramatic and shocking” one and has worried people in the area regarding traffic measures.

“An incident like this would have shocked people and people are reacting, and we are all glad that everybody is ok.

“I am getting calls since – people raising their concerns about the traffic management issues on Maplewood Road and a number of them would have referred to what they see as the need for more ramps.

“Maplewood Road already has eight ramps. From the school to the spot of the incident there are four.”

Cllr O’Connor says that he has spoken to senior management in South Dublin County Council on behalf of the residents and will be raising the issue formally on agendas over the coming weeks, requesting the council to carry out a survey of the traffic management issues on the road.

“The Tallaght Area Committee agreed some time ago to initiate a pilot project called ‘school street’, where the council would look at the traffic management issues in St Mark’s schools which are on Maplewood road and that work is continuing,” Cllr O’Connor said.

“I as a local councillor, will be bringing that all together to see what can be done to deal with the concerns of local residents.”

According to Cllr O’Connor, there are also currently two construction sites in the area of Springfield, which can also have future implications on people’s views on traffic issues in the area.

He continued: “There are currently two building sites in Springfield where Clúid Housing are building – one on Maplewood Road and one in Fairwood Park and obviously, the future implications of traffic of those projects will have an impact on people’s views on traffic on Maplewood Road, so that is something I am taking account of also.”