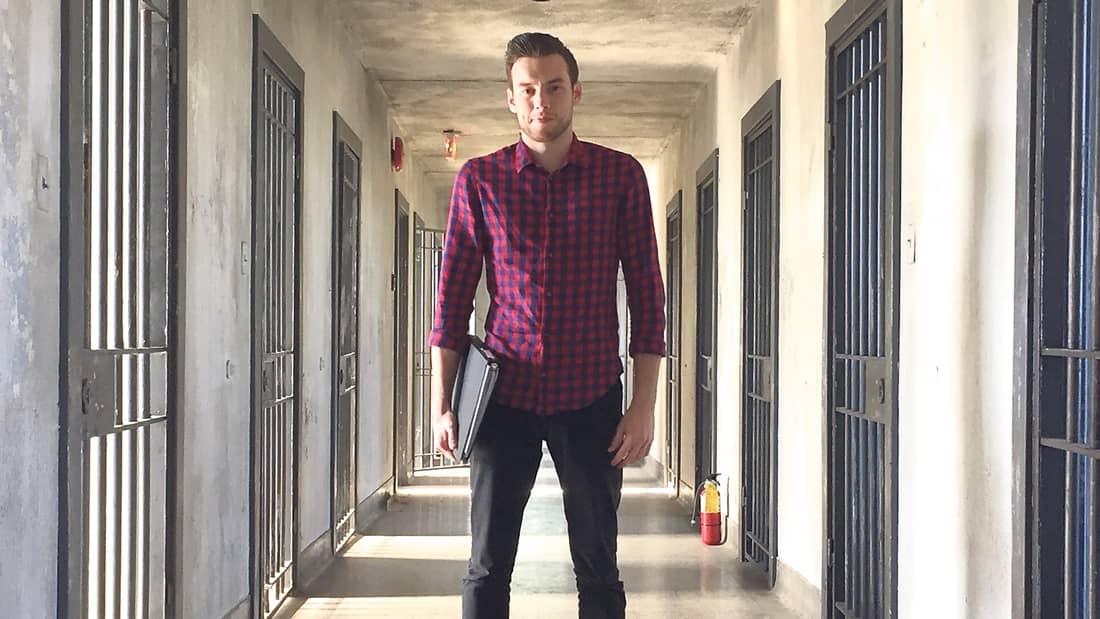 F rom a childhood spent relishing the excitement of watching films, to spending the past four years working in the film and television industry in North America, 28-year-old Clondalkin native Jordan Lawlor is living his dream.

The past pupil of Sacred Heart National School works as an associate producer in Vancouver, and has worked on productions for a variety of renowned studios, including Marvel, Warner Bros, Amazon, Netflix and ABC.

Jordan is currently working on a new Netflix show with Mike Flanagan, the creator of ‘The Haunting of Hill House’, and he is hoping to develop his career even further by moving to Los Angeles next year.

He told The Echo about the new Netflix show, his experiences in the film industry in Canada, how he developed his passion for filmmaking, and he shared his excitement about making the move to Tinseltown in the near future.

What is your best memory of growing up in Clondalkin?

I think my best memories of Clondalkin are going to Corkagh Park with my parents and sister.

We lived right by the park, so we would always walk down, kick a ball around, roll down the hills, play in the playground and search for conkers.

But I have so many good memories of living in Clondalkin, it’s hard to pick just one.

When did you realise you wanted to work in the film industry?

I think it was when I figured out making movies was an actual job that people get paid to do. So, maybe about nine or ten years old. I have such vivid memories of my parents taking me to the cinema in The Square, and I remember going to see Toy Story when it came out in 1995, even though I was three! I was lucky to have my parents introduce me to the cinema at a young age. There used to be a Chartbusters at The Mill, and that was one of my favourite places to go. Then as I got a bit older, my mam’s cousin, Colin Farrell, was garnering huge success in the industry, and that was a big motivator for me. Anytime he released a movie it gave me a push to try and follow him.

You moved to ‘Hollywood North’, aka Vancouver, four years ago. Has it lived up to your expectations as a hub for filmmaking?

It’s beyond my expectations, the industry in Vancouver is huge. I knew they shot a lot of film and TV here, but I had no idea just how big it was.

But trying to land my first job here was tough.

When I first started applying, there were 55 separate productions active in Vancouver. I got in touch with every single one of them.

I spent hours every day emailing studios and hearing nothing back, and then one day I got the interview that landed me my first job.

After that, I have been working consistently for the past four years on different productions for different studios.

You worked on Marvel’s upcoming series ‘Helstrom’. What was it like to work for such a prolific and renowned studio?

It was amazing, working for Marvel had been a goal of mine for years. It was definitely different from previous shows I have done. They have strict security protocols when dealing with scripts, meetings, location shooting etc. When Marvel announces a new project, they typically don’t give any story points right away. But the cast did a Zoom-type interview as part of San Diego Virtual Comic Con in July, and they also debuted a teaser trailer which has gotten positive feedback. It was a long, eight-month project with consistent 15/16-hour days, so I did breathe a sigh of relief when it was over. But I had a great time making it!

What’s been your best experience so far in the film industry in Vancouver?

I think it would have to be my very first job here. It was on a Warner Bros show called ‘Frequency’.

It was my first time working in the industry here so every day was a new experience. The producer, David Roessell, gave me the job and he continues to be my mentor to this day, even though we haven’t worked together in four years.

I met a lot of great people who I’m still friends with today and overall, it was just such an enjoyable experience.

You’re currently working on a Netflix show with Mike Flanagan, the creator of ‘The Haunting of Hill House’. What’s it about?

I was very excited to get this one because I’m a huge fan of ‘The Haunting of Hill House’.

I thought it was one of the best shows I had seen in a while. I knew Mike and the crew were shooting season two in Vancouver but it was happening while I was working on ‘Helstrom’.

They finished season two back in January or February, I believe.

Now, Mike and the crew have rolled into a new show called ‘Midnight Mass’.

Basically, it’s about an isolated island community that experiences miraculous happenings and frightening omens after the arrival of a charismatic, mysterious young priest – so still sticking along the horror lines that Mike does best. It’s going to be great!

You’re planning to move to Los Angeles next year to bring your film career even further, how do you feel about making the move to Hollywood?

Myself and my partner, Becca, who I moved here with from Ireland, have wanted to move to Los Angeles for a long time, so we’re very, very excited about it.

We both have family in LA, and a lot of the people we met on Vancouver productions live there too. Our goal is to make it as non-stressful as humanly possible.

We have friends down there helping us and giving us advice on where to live, and how much a sliced pan is – all of that need-to-know stuff before moving.

It’s slightly daunting, as moving anywhere new is, but we are really looking forward to it.