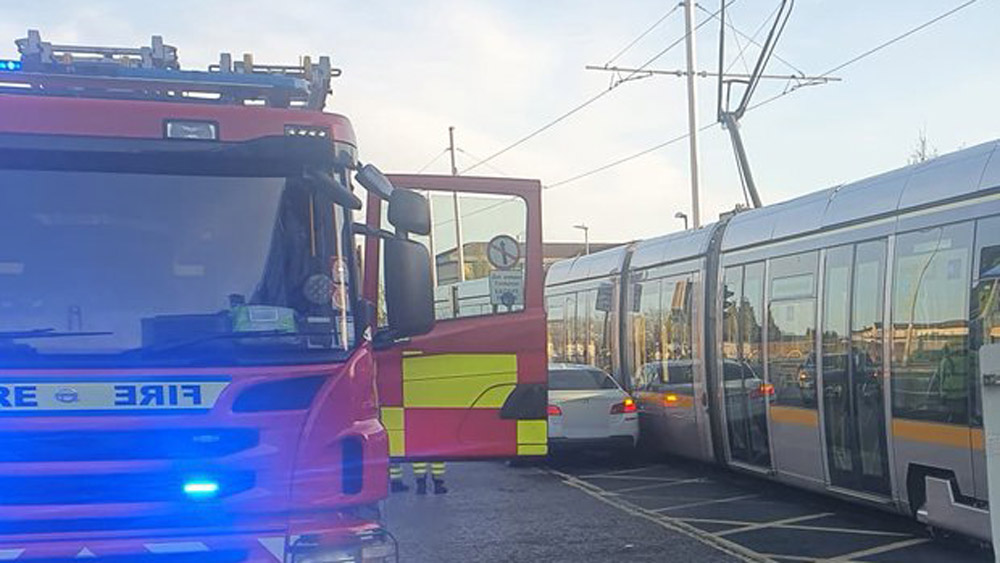 LUAS services were suspended this morning between Belgard and The Square in Tallaght following a road traffic collision.

Emergency services from Tallaght Fire Station were called to the scene after a car collided with a Luas tram at around 6.45am this morning at the Luas hospital stop near Tallaght University Hospital.

The Echo understands that one person was brought to Tallaght University Hospital to be assessed and no other injuries have been reported.

Shortly after 8am Dublin Fire Brigade tweeted: “We’ve just finished at a road traffic collision (car/tram) at the hospital stop in Tallaght. Services were affected between Belgard and The Square.”