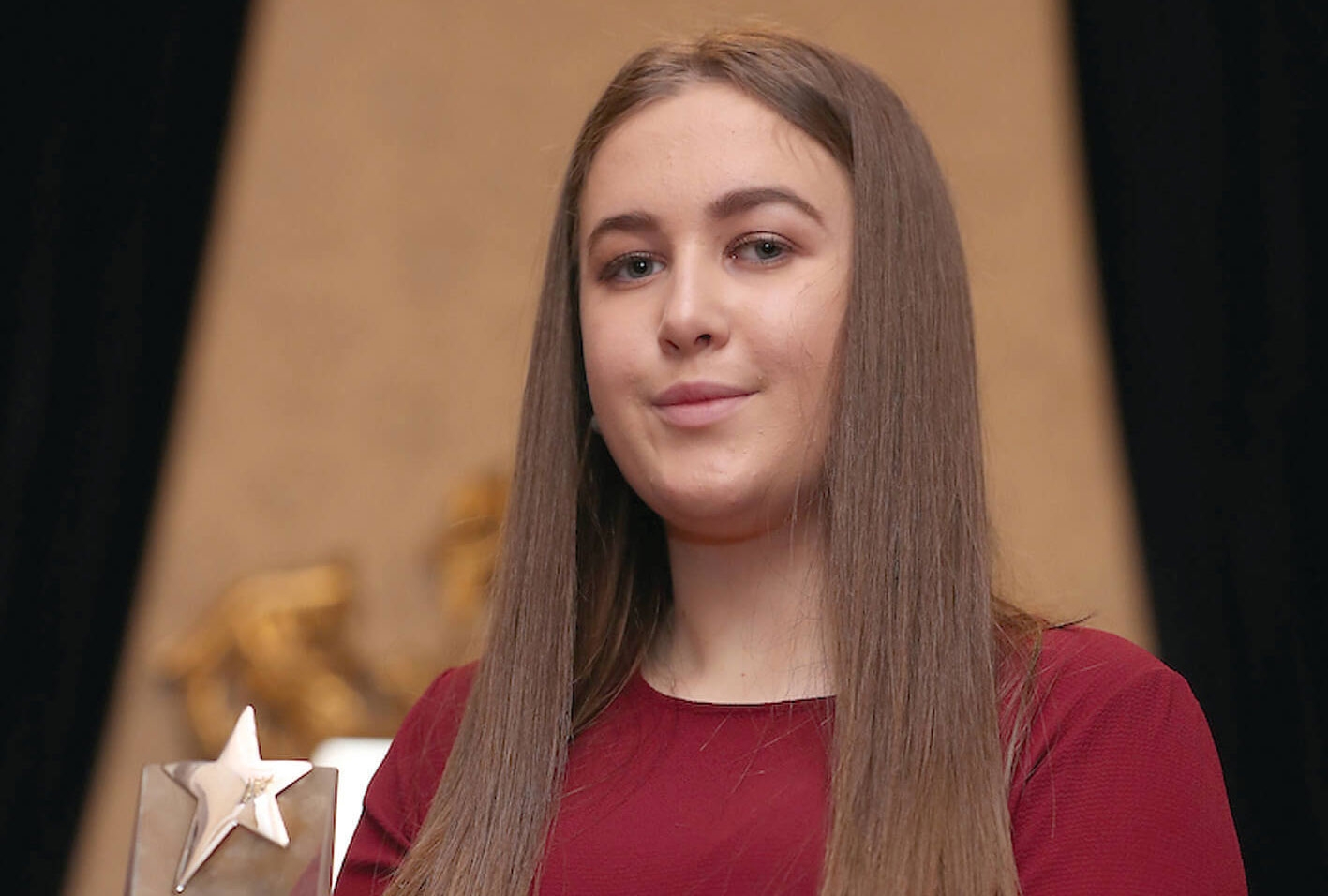 A TEENAGER from Tallaght who was awarded Dublin Young Carer of the Year hopes her win will help create a better understanding of the support young people provide in a home where a loved one is being cared for.

14-year-old Shauna Tighe was named the Dublin Young CarePlus Carer of the Year, in recognition of the care she gives to her younger brother Daniel – who has a rare genetic condition called Sotos Syndrome.

Shauna Tighe with her award

Shauna, who is the daughter of outgoing Tallaght Person of the Year Sinead Tighe, has been helping to care for Daniel since she was six years old, and bathes and feeds her younger brother, and also administers his medication.

Daniel wakes up at 3am most nights and Shauna often gets up to help her mam, heading off to Old Bawn Community School the next morning with no complaints.

She also takes care of household chores when her parents are busy with Daniel.

Speaking with The Echo after her win, Shauna said: “I felt really happy, it felt like people were recognising what I do.

“I feel young people are not really recognised for all of the caring that they do.

“Young people [who are carers] can feel that their friends have different lives and that they are the odd one out, it can put a lot of pressure on a young person – along with trying to do school work and hobbies.

“People don’t think about young people as carers, but we are.”

Stressing that it’s very hard to understand the life of any carer, Shauna added: “I think people will understand more now.

“Before when I’d say that ‘I can’t come out’ people wouldn’t really understand, but I think that they might understand a little better now.”

“I do a bit of everything with Daniel,” Shauna said.

“He sees me as a friend, which is really nice, and he does things a little easier when I ask him.”

Speaking with The Echo, Shauna’s mam Sinead said herself and husband Keith would not be able to do what they do if it wasn’t for Shauna.

“We couldn’t care for Daniel they way we do without Shauna, she can do everything for her brother and sometimes does it even better than me,” Sinead said.

“Not only does she care for Daniel, but I wouldn’t have been able to be Tallaght Person of the Year without her, she helped make that happen.

“She also gives me time for things like a cup of tea and a shower.”

Sinead added: “When Shauna won, the first thing she said to me was that she felt she had been recognised.

“Sometimes Shauna might be tired or quiet and people now know and understand what she is doing at home with Daniel.”

Sinead added that it’s important for young people like Shauna to be supported within their own lives, and helped to see that there is also a world outside of caring.

After she was named Dublin Young Carer of the Year, Shauna made an appearance on the Late Late Show later that night and shared her story with the nation.

NEWER POSTClamps, confusion, amid calls for car park opening
OLDER POSTWoman drinking beer crashed car with her one-year-old in the back