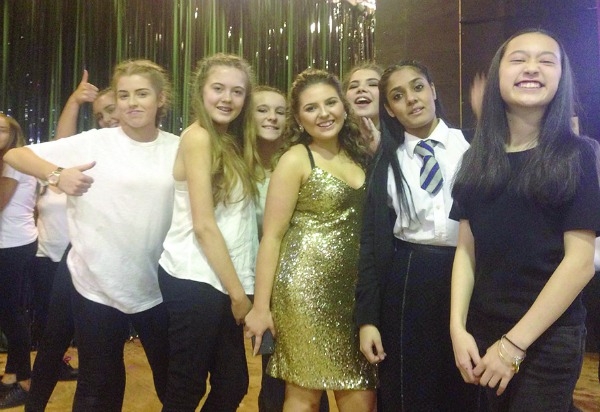 Caritas College is a big hit with “Nun on the Run”

STUDENTS in a Ballyfermot school showed they have mass appeal, during a play based on the Hollywood hit Sister Act, reports Maurice Garvey.

Caritas College recently hosted their annual Transition Year show – on May 12/13 – called Nun On The Run.

Billed as a Dublin version of the popular Sister Act movies starring Whoopi Goldberg – girls wrote their own script and choreographed their own dance routines for the production.

The show was directed by Ms Coogan, Ms Dowling and Ms Graham, whilst the chorus was made up of 1st and 2nd year students.

Darren Bolger, Caritas College said: “The show was a tremendous success and a tribute to the hard work put in by the cast, backstage crew, chorus singers, sound crew and set designers. “Thank you to everyone who came to support the girls and helped to make a brilliant production even more memorable.”

The lead role of Deloris was played magnificently by Amy Brierton Morgan.