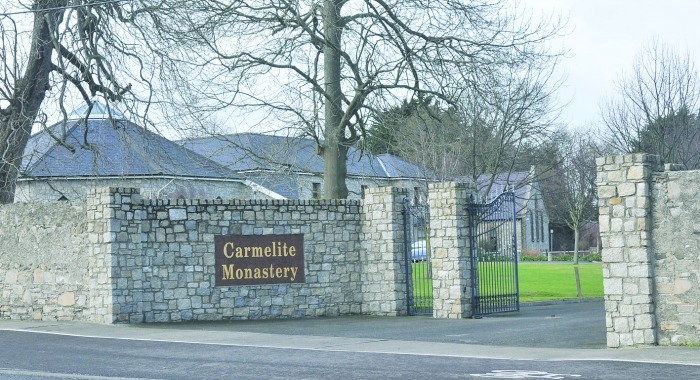 Carmelite Monastery may be site for new Firhouse secondary school

THE new 1,000 pupil secondary school planned for Firhouse could be located on the Carmelite Monastery site, The Echo has learned.

Last week, the Minister for Education and Skills, Minister Richard Bruton TD, announced that the patronage of the new post-primary school will be Educate Together, with the school expected to open in 2018 in temporary accommodation.

The school will start taking in first year students and grow its capacity to 1,000 places.

While confirmation on a possible site for the school has yet to be officially released, The Echo understands that the Department of Education has made a number of visits to the Carmelite Monastery, which, located on the Firhouse Road in Tallaght, will in the coming months be vacated by the Carmelites that currently live there.

Home to the sisters since 1827, the Carmelite monastery, which has played an integral role in community development in Firhouse and Knocklyon, is being vacated by the order due to challenging and changing times.

A 72-housing development was last year proposed for part of the site, located to the rear of Morton’s pub at Mount Carmel Park, however, it was refused planning permission by both South Dublin County Council, a decision upheld by An Bord Pleanála.

Speaking to The Echo, local Fine Gael councillor Brian Lawlor said that the Department of Education is now considering the site and has inspected the Carmelite Monastery on three occasions.

Cllr Lawlor said: “While we can’t confirm for definite if the site will be used, the Department of Education has inspected the Carmelite Monastery on the Firhouse Road as a possible site for the new school.

“The Department needs between 10 to 12 acres for a 1,000 pupil school and this site fits that requirement.”

When contacted by The Echo, a spokeswoman for the Department of Education could not confirm the site identified for the new school.

She said: “The site acquisition process for the school is currently underway and a suitable site has been identified.

“Due to commercial sensitivities relating to site acquisitions generally the Department is not in a position to provide further details at this time.”

She added: “The building project is included in the Department’s Six Year Capital Investment Programme 2016-2021 and is listed to proceed to tender and construction during the period 2019 to 2021.

“The school will open as scheduled in September 2018 in suitable interim start-up accommodation, pending delivery of the school’s permanent accommodation.”

The Dublin Diocese did not reply to The Echo in time for print.