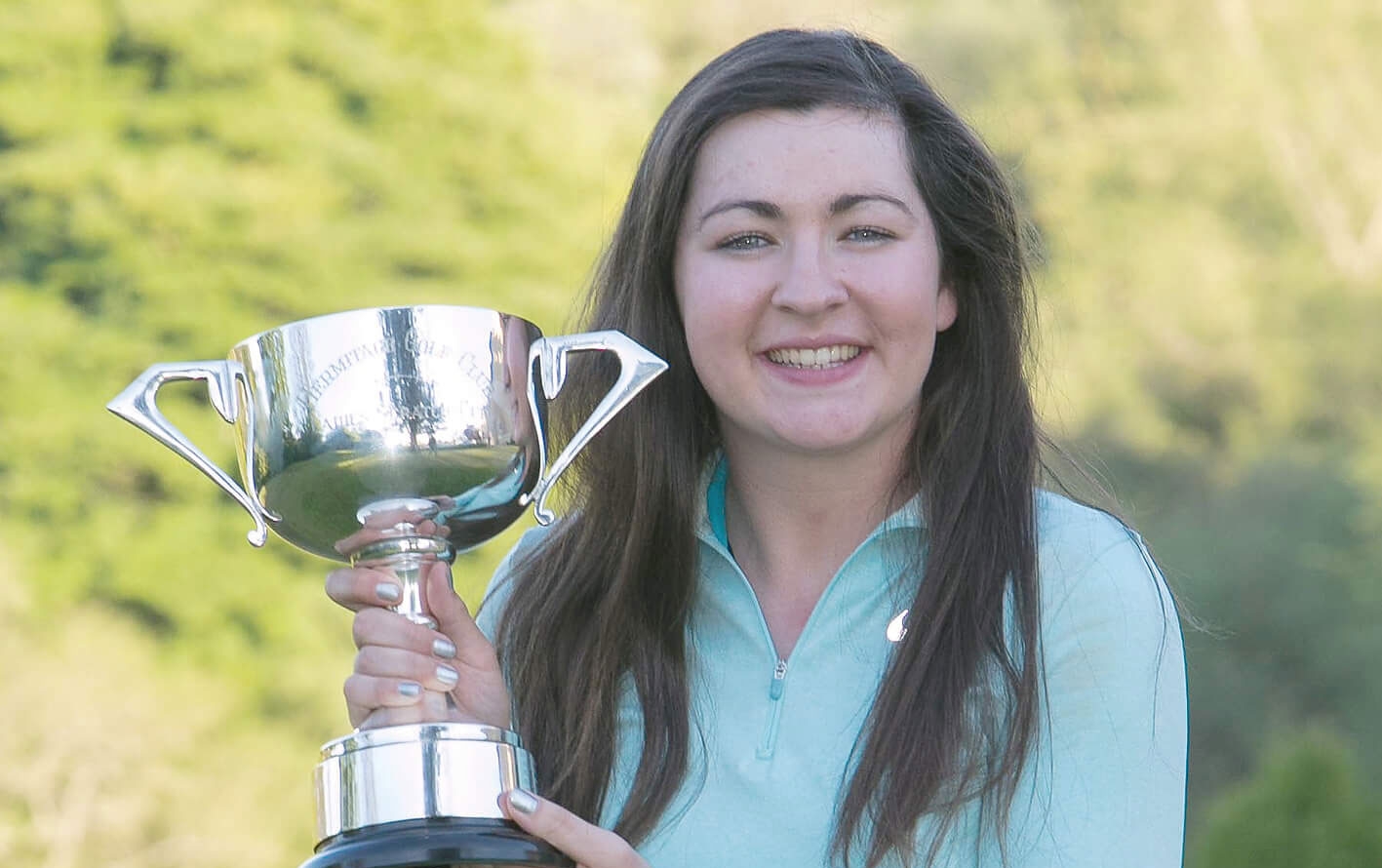 HERMITAGE Golf Club’s up and coming star Ciara Casey will hoping to become the first golfer to make it three-in-row at the prestigious Ladies Scratch Cup hosted every year by her own club.

A fourth place finished in the event back in 2014 and runner-up the following year, Casey became the first Hermitage member to win the coveted title in 2016 before successfully defending the prize last season.

Having sorted out some back trouble that plagued her are the start of the year, Casey is set to defend her crown on May 6.

“I’m really looking forward to the Scratch Cup because they’ve redone all the bunkers on the front nine, so that’s changed the whole dynamics of the play,” she told The Echo.

“It’s great to have such strong home support and to compete on the course that I play on so often.

“No one has ever won it three times in a row, but I don’t see it as pressure because people just want you to do well.

“When I finished second in 2015 I was really disappointed, but there was no sense that I had let everyone down. And to win it the next year was just so special,” she said.

Following on from her quest to hold on to her Ladies Scratch Cup title, she will contest the Irish Women’s Open in Baltray before stepping away from the game to concentrate her college exams.

And, with them out of the way, she will be able to turn her attention to a busy summer schedule that features high-profile contests both at home and abroad.

In terms of her targets this season, Casey said “I just want to play well. For me, I want to be putting myself in a position to win. I know it doesn’t always work out that way and then you just have to get as good a score as you can.

“But I feel that will come with more experience, playing in these tournaments.

“I’ll be able to keep myself in the mix and not just make the cut. Pushing for a top-ten finish,” she added.

And getting her college exams out of the way will be a big boost as she pointed out “Really it’s not just the time, but it will be great to have that head-space where I can concentrate fully on my game and have that freedom to play.”