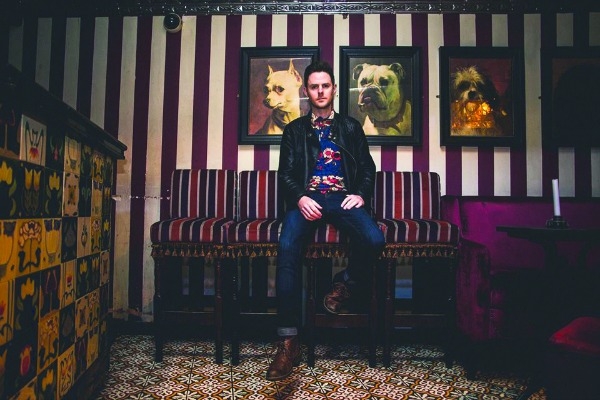 A FOUNDING member of Irish funk rock band Republic of Loose, guitarist Brez has gone solo, and is bringing his slick style of soul infused pop to Whelans Upstairs on February 27.

An integral part of Republic of Loose’s distinctive, stomping soul sound, Brez, known to his nearest and dearest as Cormac Breslin, has embarked on a solo career under the guise of CC Brez.

In Whelan’s on 27 of February, CC Brez will launch his debut album The Nightfall, which was recorded in Beech Park Studios in Rathcoole with Ger McDonnell who has worked with U2, Manic Street Preachers, The Cure, Kasabian and more.

Despite a busy schedule, CC Brez took five to speak with The Echo.

What part of Dublin did you grow up in?

South Dublin, but the sounder sides.

Were you musical as a child? Did any family member or artist influence your musical path?

I wasn’t musical as a child at all and when I finished playing soccer for Leister Celtic FC around aged 13 I got crazy about music. Initially it was Jimi Hendrix. Big time.

What was the first album you bought?

If you could perform with one musician or band, alive or dead, who would it be and why?

Prince, he’s the greatest living performer on the planet. He has everything, songs, moves, charisma, amazing bands, killer guitarist and gives the band the takings from the after-show gig. Rory Gallagher is a close second.

You founded and played with Republic of Loose and then went on to play in Cars Love Girls – how does it feel to be a solo artist?

It’s another step in my musical journey. I’ve had some great experiences with both bands over the years but I need to push myself further in terms of my writing and performing, so this is breaking new comfort zones.

How would you describe your solo music? Are you writing all of your own material?

I’m writing it all yes, it’s a mix of funk, blues and pop. I like to feature the guitar and brass. Good musicians live are also really important.

The new album The Nightfall, what’s the thinking behind it?

It’s Part one of three. It’s an evening record. When the sun sets. When the working day is done.

Going on your past material, you like to get people dancing…can we expect a bit of toe-tapping, or more, from The Nightfall?

It’s mid-tempo in terms of bpm, I wanted it to groove but not venture towards dance territory. But I wanted it to be funk with some nice melody like sly stone used to do.

Record a new album, keep moving, living and hopefully get invited to Cork to play! I’ve had some of my most memorable gigs there.

CC BREZ will launch his debut album at Whelan’s Upstairs on February 27 at 7.30pm. Tickets cost €12.50 and are available from ticketmaster.ie and whelanslive.com.