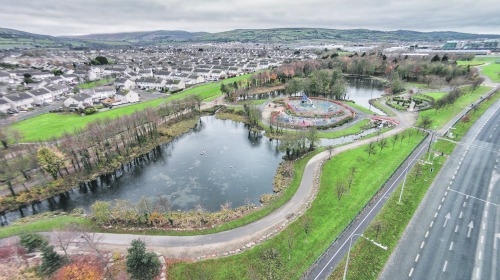 COUNCILLOR Charlie O’Connor has welcomed confirmation from council management that the upgrade works on the CCTV system in Sean Walsh Park, Watergate, Tallaght have been completed.

The matter had been raised on a number of occasions by Cllr O’Connor, particularly to combat a number of incidents of crime and anti-social behaviour which had occurred in the Park.

The council have confirmed to Charlie O’Connor that the work has included the installation of a new camera at the bridge from Sean Walsh Park to The Square shopping centre, complete with additional links to the council depot, the council head office and the Square’s CCTV monitoring system.

According to Cllr Charlie O’Connor, it would now be hoped that these developments would ensure the safety of those wishing to use the park.

He also asked the council to continue to monitor littering in Sean Walsh Park and said he has had many complaints regarding a problem at the Bring Banks that are close to Tallaght Stadium.

He added that it was important that the Sean Walsh Park would continue to be seen as an important and safe amenity for the community.