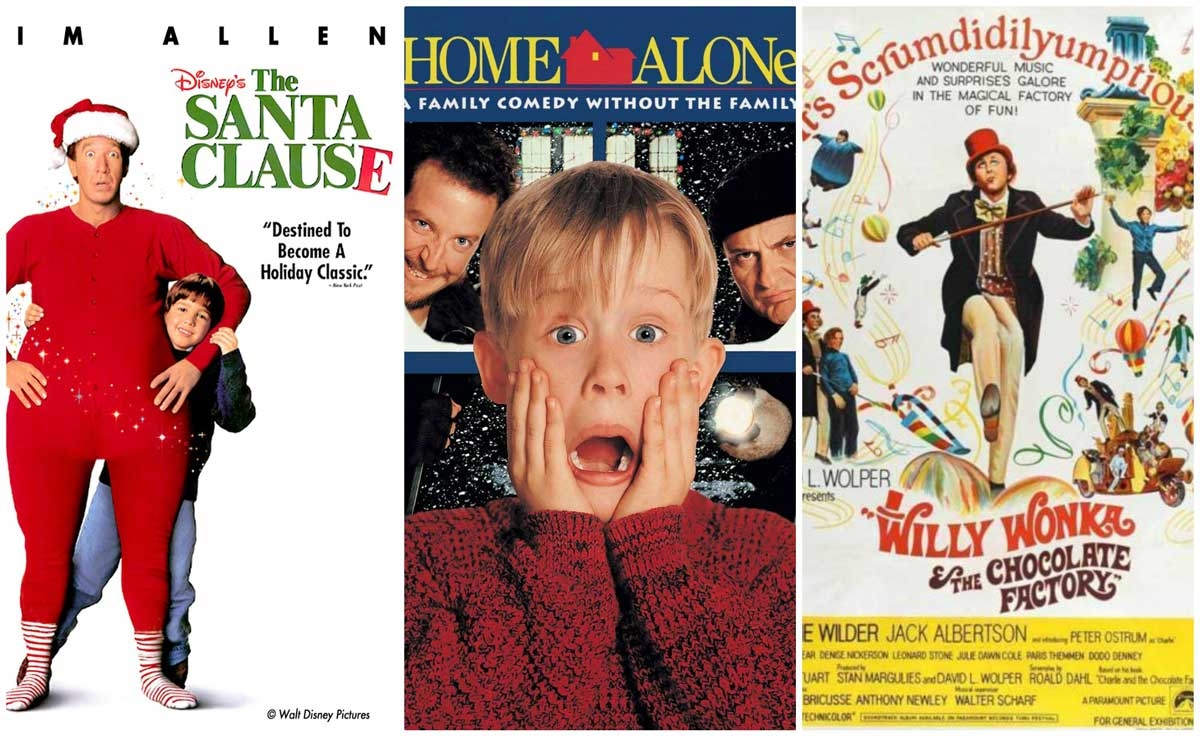 Check out these seven must watch films this Christmas…

WITH Christmas rapidly approaching and an enormous catalogue of festive films to pick from, The Echo’s Hayden Moore picked his seven favourite yuletime flicks to help you choose what to watch.

This adaption of Roald Dahl’s classic children’s book ‘Charlie and the Chocolate Factory’ has been a part of Irish households over the Christmas period for the past four decades.

It isn’t necessarily about Christmas but if for some reason RTÉ or the BBC don't show it over the holidays then you know there is something wrong.

The magic, the music, the Wilder – is there much more to say about this world of pure imagination? After 47 years this film holds up much better then the 2005 steamer starring Johnny Depp and it’s probably because of the hypnotising performance by Gene Wilder, and the incredible set design.

The runtime of The Snowman may only be a short 26-minutes, but the runtime in audiences’ hearts all over the world has lasted a life time.

This film holds a special place in my heart and many others for showing to us that storytelling can be done through more than just dialogue.

This dialogue-less film has a score by Howard Blake that helps convey emotion brilliantly and leave most fighting back the tears time-and-time again with ‘Walking in the Air’.

This film explores that theory as Scott Calvin (Tim Allen) accidently kills Santa and, after he and his kid Charlie finish off the Christmas deliveries, Scott soon realises that he is turning in to the new big man in red.

This film is best described as warm and illustrates what parents mean to their kids – so snuggle up with your family on the couch, get some hot chocolate going and enjoy this hilarious adventure.

Might be a controversial pick but how can anybody think Die Hard is not a Christmas film?

The age-old debate is just getting played out at this stage because it takes place at Christmas time with Christmas music, Santa hats and a fully-loaded Christmas soundtrack to boot.

It’s a kick-ass Christmas film and that’s it, end of debate. Yippee-ki-yay!

Directed by Jon Favreau and starring Will Ferrell, James Caan and Bob Newhart, Elf is no doubt now deemed a modern classic.

The film follows Buddy, one of Santa’s elves who finds out he is not a real elf, as he sets out on a quest from the North pole to find his real dad in New York City.

This is the sort of film that gets funnier and funnier the more you watch it and is a must watch this Christmas time.

When most people think of a Christmas film to watch, Home Alone is usually a first port of call and that is thanks to the brilliant John Hughes script.

Probably the ultimate Christmas film growing up for most people as they wonder what would happen if their family disappeared.

The soundtrack by legendary composer John Williams has transcended the film since its release, and every time I think of Christmas, I hear it playing in my head.

The performances of Daniel Stern and Joe Pesci as Harry and Marv are unforgettable, and don’t forget John Candy’s appearance as the Polka King of the Midwest – genius!

John Hughes writes family comedy films to near perfection, and he put something for everybody in this film.

When the Griswold family intend on having the best family Christmas ever, everything goes wrong and the whole holiday turns into a disaster.

This is the film I watched with my family every single Christmas growing up, and each year since I started watching it, I find increasingly more jokes and it adds an extra layer every time.

If you haven’t seen Christmas Vacation then what are you still doing reading this? Go watch it!

Agree or disagree with some of the choices on this list? Let us know what your favourite Christmas films are.