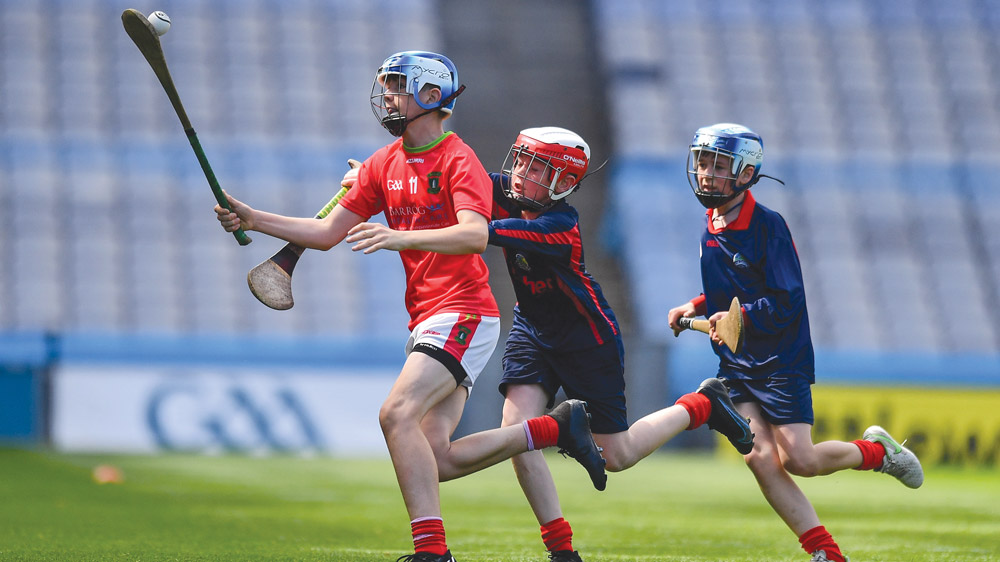 GAELSCOIL Chluain Dolcáin were never going to be denied getting their hands on this season’s Corn Nua as they stormed to a 5-11 to 0-2 victory over Scoil Santain in last week’s decider at Croke Park.

With two goals and seven points chalked up by the halftime break, the team refused to take their foot off the pedal as their opponents managed only a couple of late points.

Labhrás Ó hIcí played a big part in this victory with a hat-trick of goals on the day, the first coming midway through the opening half.

But it was his quick-fire brace early in the second period that effectively killed off any hope their Tallaght opponents harboured of a comeback.

Indeed, after firing home his second goal soon after the restart, Ó hIcí served up a third a minute later when he won the resulting puck-out and raced back in to fire home.

Jeaic Ó Leadús was also proving a handful for the Scoil Santain rearguard, rifling over a number of points and also finding the back of the net himself.

Both he and Hearaí Ó Leadús accounted for one of two sets of brothers who lined out for the Clondalkin side on the day, Eamon and Conchúr Tiúit also playing their part in this triumph.

Tomás Ó Caoinleáin helped keep the pressure on with some incisive running while Conchúr Mac an Uisce and Cóilín Mac Eochaidh ensured there was a constant supply of ball into the Chluain Dolcáin forwards. 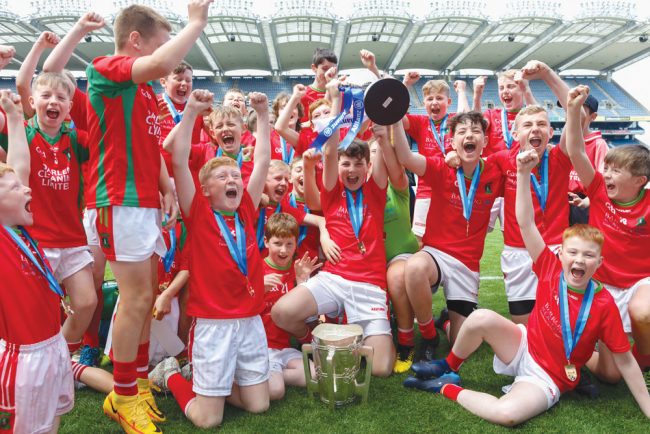 At the other end of the pitch, Rian Mac Aonais marshalled their defence superbly with Anraí Ó Briain rock solid at full back and goalkeeper, Jeaic Ó Slatara strong under the high ball and very effective with his puck outs.

It was a great win for a Clondalkin outfit shorn of two players who had figured strongly in their campaign, namely Hearaí Ó Homáin and Aaron Ó Cearbhall Riain.

Unbeaten in their march to the prize, the team made sure a hurling trophy returned to GS Chluain Dolcáin for only the second time, with their first such success in 2018 having been shared with the very same school they played last week after the two sides had finished deadlocked in that showpiece.

What’s more, for many of the Clondalkin players, last week’s victory went some way to easing the pain of defeat they suffered in the schools football final earlier in the year.