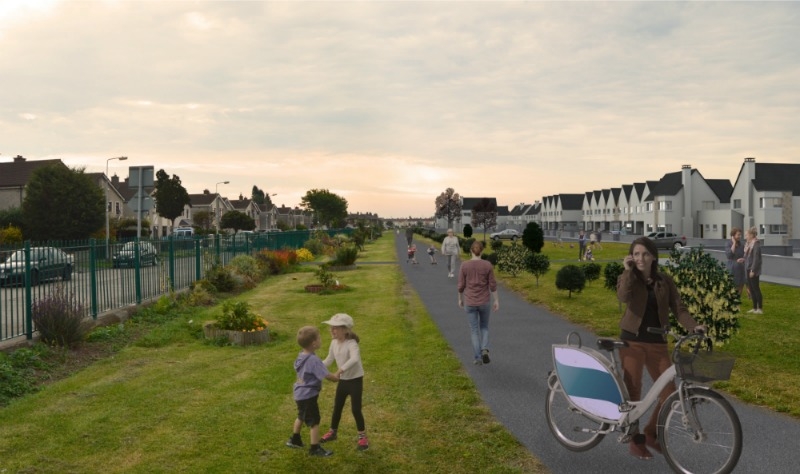 DUBLIN City Council have been asked to apologise to residents in Cherry Orchard after construction crews worked late at night to deliver modular homes to the area.

Sinn Féin Councillor Daithí Doolan has forwarded a motion calling for an apology at next week’s South Central area meeting.

A developer’s impression of the finished site in Cherry Orchard

The Echo understands the deliveries were made after midnight due to the heavy loads trucks were carrying, and the difficulty in doing so during daytime traffic.

However, Cllr Doolan says residents were not informed of the plans, and other options could have been explored prior to the disruption.

“Inconvenience was caused to residents by recent developments and deliveries on Cherry Orchard’s rapid-build site.

“I have asked Dublin City Council to ensure this does not happen again and that there is regular communication with residents informing them ahead of time of any further developments.”

People Before Profit TD Brid Smith has an onsite meeting with the site manager on June 2, and said it is “unacceptable to expect residents to just deal with it as if they had no other options.”

Deputy Smith said: “I’ve been onto management and I’ll continue to do so until there’s some line of communication opened up and residents are happy with the outcome.”