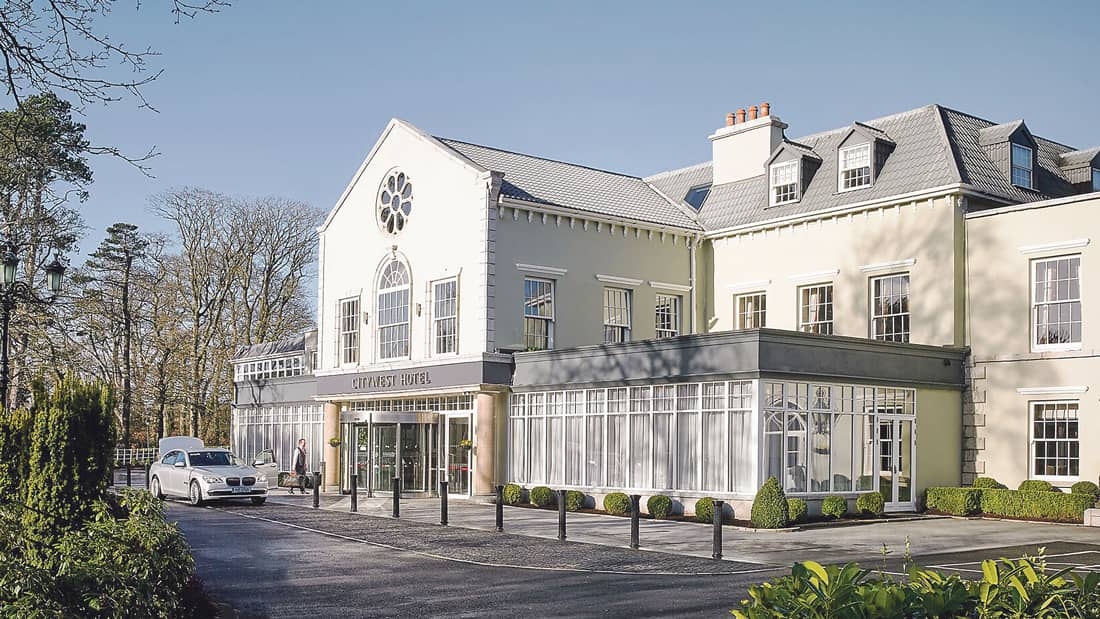 THE owners of Citywest Hotel are seeking to rezone some of the land in the area to deliver “significant levels of affordable and senior living housing”, and support growth in the community via amenities such as new sports pitches, a community centre, public parks and greenways.

Some of the housing is proposed to be built on land at the former 18-hole Citywest golf course, which closed earlier this year.

Tetrarch Capital, the owner of Citywest Hotel and Convention Centre, and 89 hectares of surrounding land, has made a submission in response to the Issues Paper relating to the South Dublin County Council Development Plan 2022-2028.

The group cite a “clear market demand” for housing in the Fortunestown / Citywest / Saggart area. In a statement, Tetrarch believe some of its lands at Citywest should be considered for rezoning, “particularly as they are adjacent to the Red Luas line terminus on Fortunestown Lane, are within walking distance of centres of significant employment, are fully serviced and can be readily developed for a new residential neighbourhood.”

The statement said: “Under prior ownership, the two former golf courses were modified, reduced in length and their configuration and routings were altered on a number of occasions following their initial development.

“In addition to being unfit for their initial intended purpose (as a result of these many historical interventions), there is an unsustainable oversupply of parkland golf courses in the greater Dublin area and, as a result, the two courses are no longer financially viable.

“As such, the re-use and redevelopment of these lands (of 46.5 hectares) is now considered appropriate. They provide for a significant landbank of brownfield lands and an excellent opportunity to further improve and consolidate the growth of Fortunestown, Citywest and Saggart.”

Tetrarch say they are “acutely aware” of community concerns regarding a lack of amenities and facilities in the local communities.

As part of any development of its lands, Tetrarch say they will commit to the council and the local community that it will “front-load the delivery of extensive amenities, facilities and social infrastructure on its lands at its cost.”

This includes 18 hectares devoted to sports fields with at least six new playing pitches – work on one such pitch is due to commence imminently.

Plans also include a new community centre and café, a new community library, an urban farm / allotment gardens for locals, two large public parks, extensive public greenways and trails configured for public walking, jogging and cycling and a solution to address the traffic problems in Saggart.

Tetrarch has advocated to South Dublin County Council that zoning conditions should be considered for new residential lands which would include a requirement to provide extensive affordable housing.

“This would offer a fair deal to people living in or from the area who don’t qualify for social housing but cannot afford to buy or rent in the private market in Fortunestown / Citywest / Saggart,” said the group.

“Tetrarch envisages delivering significant elements of affordable housing, including independent and seniors living, within any development to be undertaken on its lands.

“In line with Tetrarch’s commitment to sustainable development, Tetrarch will meet ambitious renewable energy targets, including the extensive deployment and use of solar power and battery storage, for the buildings currently on its lands and for all new development.”

The group said they look forward to presenting its proposals in more detail to interested stakeholders when it is possible to do so and welcome local community feedback on its submission to tsheridan@tetrarchcapital.com