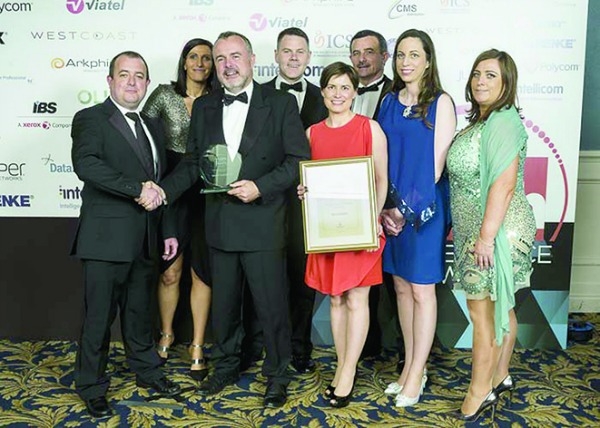 WARD Solutions, Ireland’s leading information security provider, has announced that it won the 2016 Managed Service Company of the Year award at the Irish Tech Excellence Awards at the Ballsbridge Hotel, Dublin last Thursday.

Now in its 16th year, the Tech Excellence Awards recognises excellence in the design, implementation and support of technology solutions and services.

The Citywest-based information security company fought off strong competition in their nominated category to secure the award which reflected a number of significant accomplishments the company achieved during the past year.

The Security Operations Centre is a world-class facility which has enabled an expansion to Ward Solutions’s range of managed services, including its new managed security information and event management (SIEM) service.

Ward Solutions also secured a number of new and improved accreditations over the past year as well as maintaining an impressive customer retention rate of 98 per cent which helped to convince the judges’ panel that they were worthy of the managed service company of the year award.

Speaking at the event, Pat Larkin, CEO, Ward Solutions, expressed his delight at winning the award: “The Tech Excellence Awards is a highly prestigious and competitive programme which honours leaders in the Irish technology sector. To receive the Managed Service Company of the Year award is a fantastic achievement after a very successful year for Ward Solutions.”