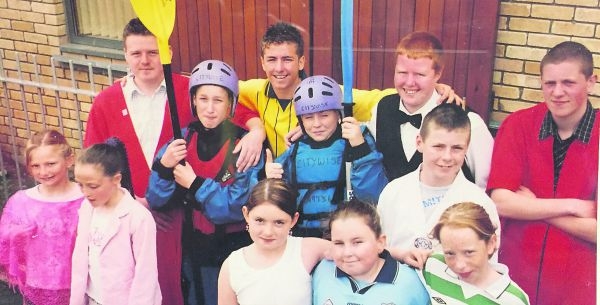 Citywise education to celebrate 21 years in style with gala event

TALLAGHT based education support programme Citywise is set to celebrate its 21 year anniversary next week and is inviting past members and volunteers to celebrate its landmark year on Saturday, October 3.

The 21st anniversary celebration gala will include a four course meal and will take place in the Green Isle Hotel.

Memories of Citywise throughout the past 21 years will be remembered throughout the night, with local band Level Heads providing music and entertainment for everyone in attendance.

Codie Preston, from the Citywise anniversary organising committee, told The Echo: “What makes Citywise special is its volunteers, staff and of course our members.

“Today Citywise runs recreational and educational courses for hundreds of young people in Tallaght. Over the 21 years thousands of people have been involved and benefitted from their relationship.

“On October 3 we are having our big event which is a gala dinner in the Green Isle Hotel. We are trying to reconnect with past members and volunteers.”

Established in 1994 as a summer project, Citywise was based in St Thomas’ school in Jobstown before moving to its first dedicated premises, a house in Bawnlea Green in Jobstown in 1999.

In 2005 it saw the opening of its purpose built centre, the Durkin centre, on Fortunestown Way after years of hard work and fundraising by its members, staff and supporters.

At present, Citywise has over 400 members from across Tallaght and it is estimated to have had over 1,500 members since it was established in 1994.

Originally starting with five volunteers, it has grown from strength to strength with 80 volunteers now helping to provide after-school and out-of-school education support.

Funding for Citywise is provided by a number of corporate sponsors that include salesforce.com, SAP and BAML, and by fundraising and donations to Citywise.

Tickets for the gala are €40, and Citywise is sending out a special invitation to all former volunteers, past members, parents and supporters to come along on the night and share their memories of Citywise over the past 21 years.