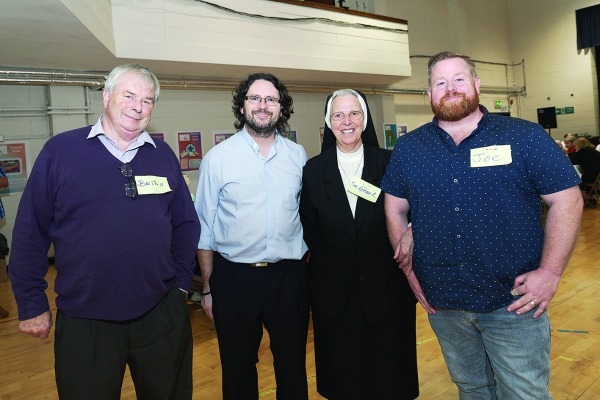 Fr David Malpin, parish priest, Neilstown and Rowlagh, said: “It went very well. The whole idea, is to invite more people to get involved in the parish, and to look at the future, in terms of moving forward. It’s the beginning of a process, to provide people with the opportunity to express their views.”

Prior to the event on Saturday, a letter was sent to each household in the parish, calling for residents to be involved in planning for a very different future.

The parish cites recent census figures for Rowlagh and Neilstown, which shows a population of 11,607 people, 10,418 of which said they were Catholic.

Approximately 350 people attend Mass every Sunday between both parishes, about 3.4 per cent of those who stated they are Catholic.

Whilst the parish states weekly Mass attendances are not seen as essential by the majority of local Catholics, they understand the majority of Catholics still want to have a loose affiliation with the Church, and that many believe there is a God, a higher power, and something that gives meaning to life.

“The majority of people can recognise that there is something good in the Catholic faith,” said the letter.

“When it comes to serious questions of life, birth, death, relationships, tragedy, searching, there is something in the Catholic faith that offers a signpost to meaning. The majority of people still want their children to be baptised, and still would like to be buried from the church when that time comes.”