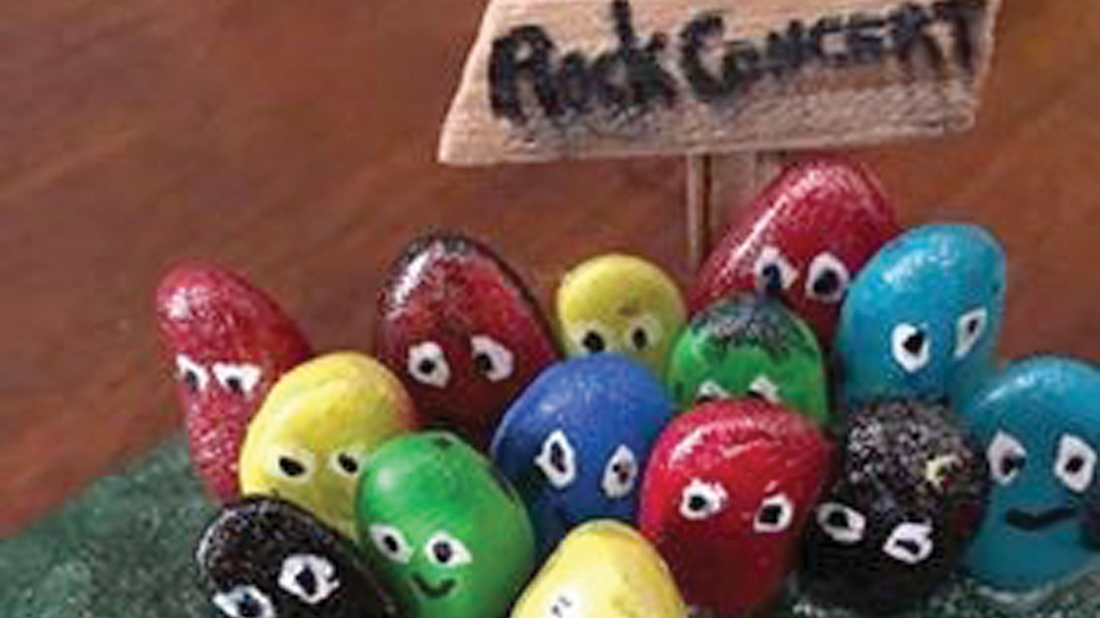 In Clondalkin, families stay busy and positive by hiding and seeking painted rocks, then posting pictures on the Facebook page ‘Clondalkin Rocks’.

Rachel Somers created the page in April, after hearing about ‘Raheny Rocks’, a group started by her cousin’s wife. She saw it as an opportunity to encourage creativity among children and to stay engaged with neighbours during the quarantine.

“I thought maybe if 20 or 30 people would join in that’d be great,” Somers said. The group now has over 1.3 thousand members and continues to grow.

Somers noted that involvement weaned when rocks would disappear without being posted which left members discouraged. Some stones end up in rivers, others get pocketed and carried home.

She wants to remind rock painters that the activity has never been focused on rock recovery.

“It was more so about giving the kids and adults something to do,” Somers said. “Sometimes I think I got just as much enjoyment painting the rocks as the kids. I’d be painting outside in the garden, I’d look around and they were all gone.”

She’s passionate about mental health so it was no surprise to Somers that the meditative activity would bring her so much joy.

“Creativity can be very useful when we’re in a really uncertain time,” she said. Starting the page “was about keeping the kids busy and keeping them creative, which is good for your mental health.”

As the page grew the mother of three needed help and that’s where Hannah Aspil came in.

Aspil had been a very active participant in the group. Sensing that it must be a great deal of work, she reached out to Somers offering assistance which was accepted with enthusiasm.

Now Aspil does most of the collection and delivery of prizes which is quite possibly the best job. Somers is envious, she delivered one prize and the family’s joy was infectious.

“Seeing the look on their faces when I delivered the prize⏤even though it was just a bag of buns and sweets⏤it just made my day,” she said.

Aspil added that during this pandemic, kids haven’t had as many treats and surprises as they might have before. “It’s taken away the weekly McDonalds, it’s taken away the treats every time we go to the shops.”

So, when the kids get a small bag of sweets delivered, “It means so much to them.”

But even without the prizes, the children get so much joy out of just finding the rocks. While working from home one day, Somers heard joyful screaming outside her window. A little boy had found a  painted rock and was ecstatic. “The look of excitement and the sound of it, it was amazing,” Somers said. “It’s so worth it,” both women agreed.

The hide-and-seek aspect of ‘Clondalkin Rocks’ is also keeping children connected in a time without schools, camps, or playdates.

Aspil said her 5-year-old daughter makes her mum scroll through every photo on the page to see if anyone has found her rocks. One day in the park, the mother-daughter duo bumped into another little girl who had found many of theirs before and the exchange that followed was heartwarming.

“My little girl wanted to go over and talk to her, she felt like she knew her,” Aspil said. “It was really lovely.

“It feels nice to have introduced something that’s made a difference for people,” Somers said.

One day, the women hope to create a rock garden memorial for those who’ve lost their lives to Covid-19.