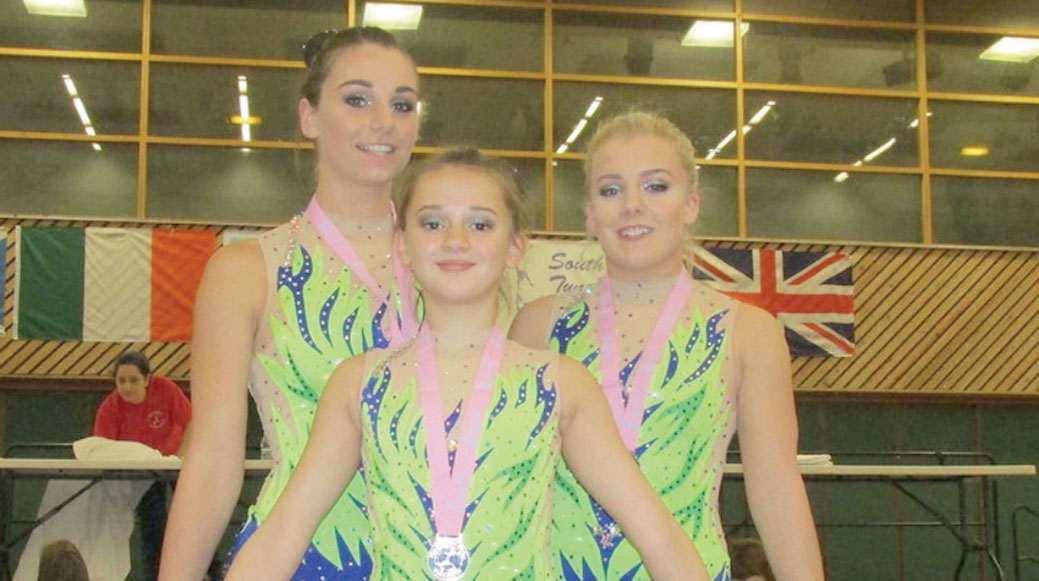 Ten members of the club were selected to compete in this competition which was staged over two days and involved more than 300 gymnasts from England, Ireland, Scotland and Wales.

On the opening day, Toomey, Tapley and Lamon completed their Dynamic routine- the first of two that they would perform.

The girls produced an excellent display to race into first place- a position they held overnight before taking to the floor to perform their Balance routine on Day Two.

“It was a nail biting wait to see if they could hold onto their overnight lead when all the scores were added together” said Clondalkin Gymnastic Club’s Julia Toomey.

“The girls were delighted when the results were announced and they were confirmed as the winners of the Gold medal” she added.

It marked the second year in a row that the girls have made it to the top of the podium at this event and they will be very much encouraged at successfully defending their title.