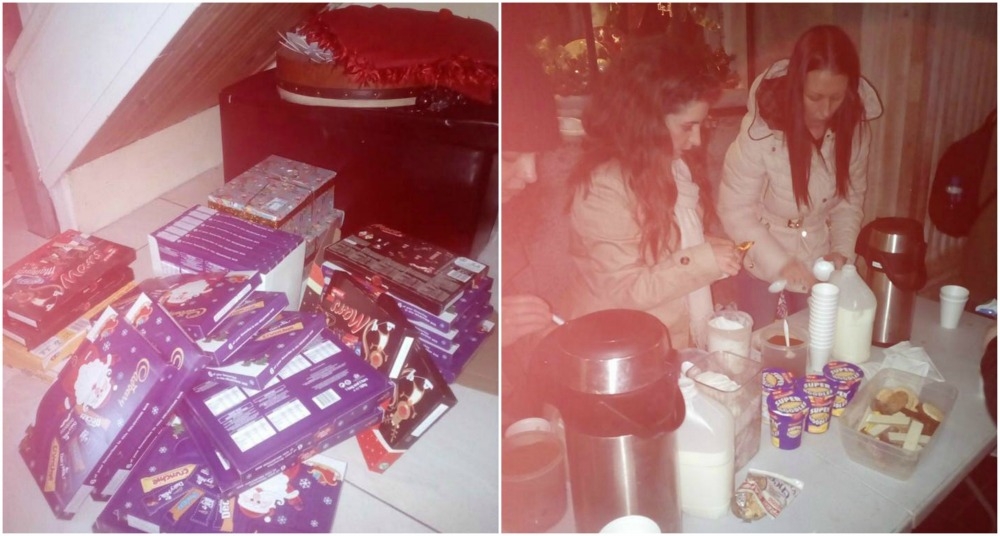 FOUR Clondalkin women were part of a team of volunteers that brought more than 200 selection boxes and hot and cold food to homeless people in Dublin City during Christmas.

Fighting for Humanity: Homelessness bring their donations to the GPO every Tuesday night but in the run up to Christmas they noticed a surge in donations.

Items are typically donated by the families and friends of the volunteers, with more than 50 shoe boxes also being handed out to those in need, alongside hundreds of selection boxes, sandwiches and personal hygiene items.

One of the volunteers described how a lot of the people availing of their services lately are “genuine people” who have ended up homeless as a result of rent increases.

Figures released by the Dublin Region Homeless Executive in November showed a 35 per cent increase in the number of homeless people in Dublin, compared to last year.