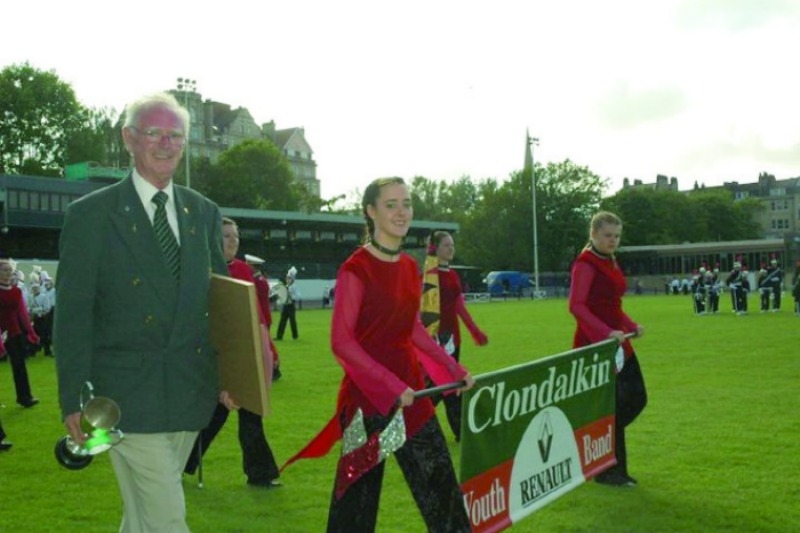 TRIBUTES are flowing in for a man who led Clondalkin Youth Band (CYB) with integrity since its inception.

Palmerstown resident Jim Carrigan co-founded the band in 1985, and was instrumental in its development over the years.

The grandfather of three also served on the Irish Marching Band Association committee, and had the respect of his peers, according to Tara Christopher, who has been teaching in CYB with her husband Neil for 20 years.

“Jim was always there, ready to back you up, and take control if need be, or to follow if need be. He was never afraid to lead the band and did so for many years.

“He was a loving trustworthy friend. There has been nothing but good words about Jim from people over the last week.”

Tributes from across the country and from the UK, have been posted by those who knew Jim.

Leroy Grubb, Chairman of the British Youth Band Association, said Jim was “someone you could confide in” and it was a “privilege to call him a friend”.

These sentiments were echoed by band members across the country, who praised a “true gent” and a “rock within the association.”

Triona Homan said Jim provided advice and opportunities to thousands of young people, while also “ being open to changing with the times.”

Originally from Sligo, Jim settled in Palmerstown, raising a family with his wife Eileen.

Two of their daughters, Nicola and Emma, were long-standing members of CYB.

A statement by CYB said: “Not only was Jim a great supporter to CYB but he was also a valued member of the IMBA committee, and his love for music and the marching arts was plain to see for all.

“We have a lost a dedicated supporter and loyal friend to all, one in a million, he will be sadly missed.”

Jim had been suffering from an illness over the last 12 months, and passed away on November 4 at Tallaght Hospital.

Tara said Jim managed to make it down to Arklow during the summer for the annual marching band displays.

“He hadn’t been well for quite a while – it was lovely that he got to see the bands, and everybody, in some way, got a chance to say goodbye to him,” said Tara.