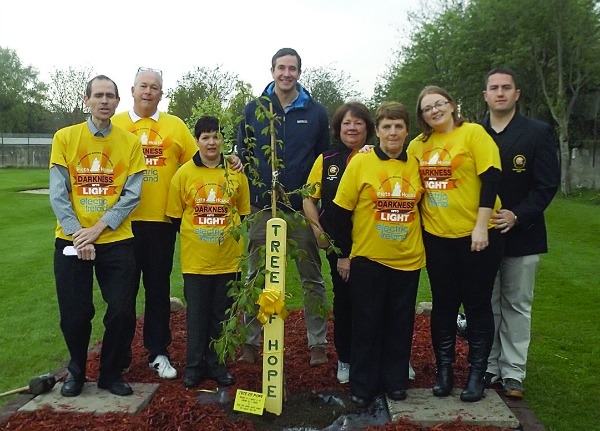 Club pitches in to support Pieta House with Tree of Hope

Old County Pitch and Putt club completed the final event in their support of the Pieta House charity last week.

The club planted a Tree of Hope on the course in memory of all those who have been lost through suicide and those living with and trying to cope with Mental Illness.

The emotional ceremony was well attended by members and saw poems read, a blessing of the tree, soil planted around the tree and the releasing of balloons into the sky.

The event was attended by Brian McEvoy from Pieta House who collected a cheque of over €2,800 raised by the club through their efforts. Brian said the money would save at least three lives as it takes around €1,000 to help treat someone who comes to Pieta House suffering with mental illness.

The charity is almost entirely reliant on fund-raising to maintain their invaluable services to the community.

The Kimmage pitch and putt club had donated proceeds from their Easter weekend major competition and 11 members took part in the Darkness into Light 5KM in Marley Park on May 7 as well.