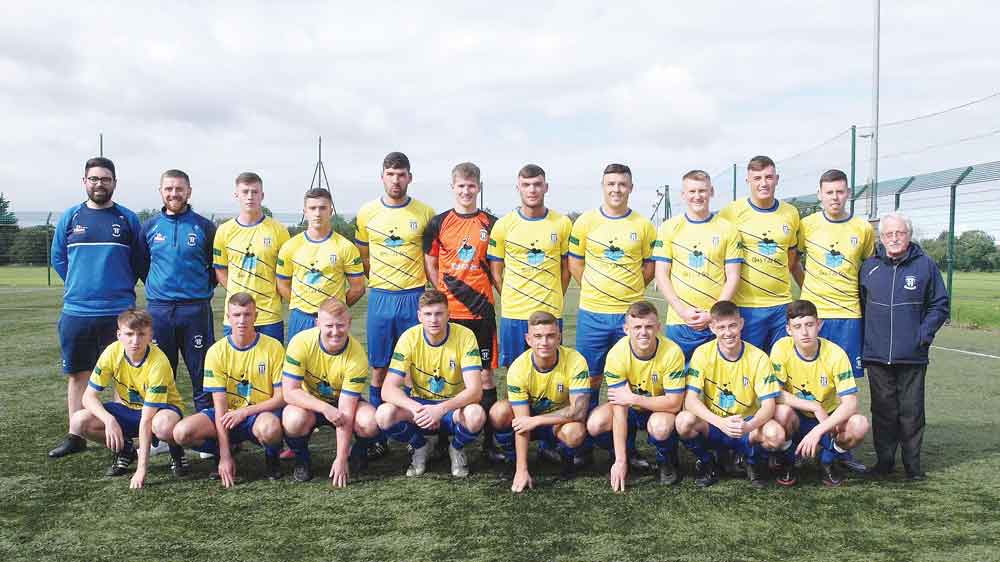 Collinstown FC marched on to the second round of the FAI Junior Cup (Photo: John Mooney)

COLLINSTOWN FC booked their place in Round Two of this season’s FAI Junior Cup after they emphatically beat ROC Celtic 5-1 in the SDFL Complex last Saturday, reports John Mooney.

The LSL Major One outfit showed no mercy to their UCFL Division One opponents, who neverthe[1]less battled gamely. Short on numbers coming into the match, coach Fran Lynch feared the worst and his game plan went out the window in the fourth minute of this tie, when the home side was awarded a penalty that Michael Griffin cooly converted.

Griffin was a constant thorn in the ROC defence and it was no surprise when he added a second on the half-hour mark after he capitalised on a defensive mistake and smashed home from inside the area.

It got even worse for the UCFL outfit as the half drew to a close after Kian Delaney rounded goalkeeper, Jordan Sheridan to more-or-less kill the game as a contest.

ROC’s best effort in the opening half came from Marcus Hendricks, whose fierce drive was saved by Stephen Kavanagh.

But the hosts picked up where they left off in the opening half as Griffin saw his effort saved by Sheridan, but Delaney was on hand to slot home the loose ball on 55 minutes.

Yet, five minutes later, the visitors had something to cheer about as Graham Griffiths finally got them on the scoresheet.

But there was never going to be any dramatic comeback, as Collinstown added a fifth through Callum Browne.