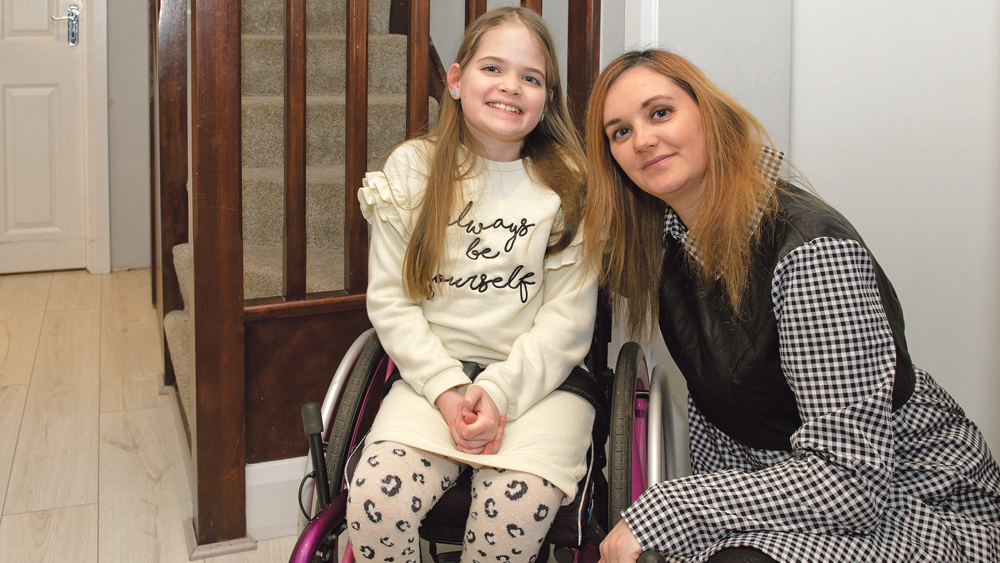 Ava with her mother Suzanne

A FUNDRAISING golf classic event will take place this Easter weekend in aid of Ava Cahill, an 11-year-old girl from Tallaght with Spina Bifida who is waiting on corrective surgery.

As reported by The Echo in January, Ava is one of 80 plus children in Ireland currently on waiting lists for scoliosis and orthopaedic surgery. Ava has Spina Bifida and hydrocephalus and since birth has had no feeling in both of her legs from the knee down – resulting in her being totally dependent on a wheelchair for independence.

Ava has been waiting on corrective surgery known as Grice procedure, which will help to correct her feet which are turned in as a result of spina bifida since June 2020 and has suffered deformation in her feet as her condition has worsened.

An idonate page has been recently set up for Ava to help raise money which will go towards a new car which will allow her to safely travel to hospital appointments.

The fundraising event will take place on Good Friday, April 15, at Killeen Golf Club in Kildare from 12-4pm. Teams of four can enter for a total cost of €250, which includes golf and food, and holes are also available to sponsor on the day for €100. The event is being organised by friends of Ava’s family, Dominic McDonnell, Carl McDonnell and Stephen Hoey.

Speaking to The Echo, Ava’s mum Suzanne says that while Ava is still waiting on corrective surgery, she is hopeful that she will get an appointment in the coming weeks.

“I have a review meeting on May 19 and then another appointment for Ava on May 28, so we are hoping to get a surgery date,” said Suzanne.

“I just want to say a big thank you to Dominic, Carl and Stephen for organising the fundraiser and to everyone for supporting Ava. My car is a 2008, so we need a more reliable one that will allow us to take Ava to hospital and back.

“There will be loads of fun had on the day and there are still spots available for anyone who is interested in participating.”