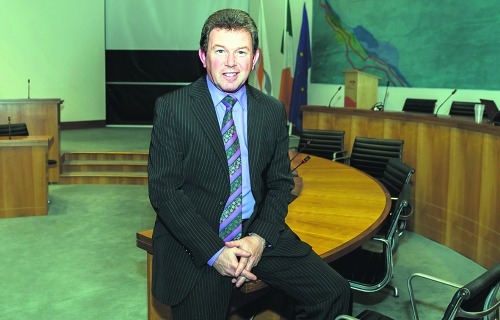 SOUTH Dublin County Council have allocated over €66 million to support the provision of housing in 2016 – an increase of over €4 million from the 2015 Budget.

Housing and employment were cited as key challenges facing the county this year, according to Chief Executive Danny McLoughlin in his Budget report.

Mr McLoughlin said good progress in the improvement and growth of the county is being achieved, with a range of initiatives provided aimed at honouring commitments set out in their five year Corporate Plan.

Among the key provisions for 2016 are a reduction of 15 per cent in the local property tax, resulting in a financial provision of €4.6 million

With regard to a gradual recovery in the retail and SME sector, the council will not apply any increase in commercial rates.

The continuation of a business support grant will continue, with €1.2 million to support a number of initiatives including a rates support to assist SME’s.

Mr McLoughlin acknowledges “supply shortages” having an “adverse impact” on the rental housing market – leading to the homeless budget being increased by 50 per cent to €2.389 million.

“This is a measure of the crises we are endeavouring to manage”, said Mr McLoughlin.
An additional €600,000 has been set aside as a capital provision towards further homeless supported accommodation for single men and the provision of a women’s refuge.

A proposed budget of €28 million has been allocated to support the provision of road transport and safety services, including €12.8 million on local road maintenance and village enhancement projects.

Over €5 million is allocated towards public lighting, including the LED upgrade programme.
Tourism and heritage promotion is identified as an opportunity for jobs and economic growth with the proposed Clondalkin Round Tower visitor centre and a major national visitor attraction centre in the Dublin mountains, among the initiatives in the works.

Further funding of €200,000 has been allocated towards the county signage programme, along with €200,000 for the walkways in the Dodder, Slade Valley, the Liffey canal and canal walks.

A budget of €200,000 was also allocated towards the Easter Rising Centenary programme.