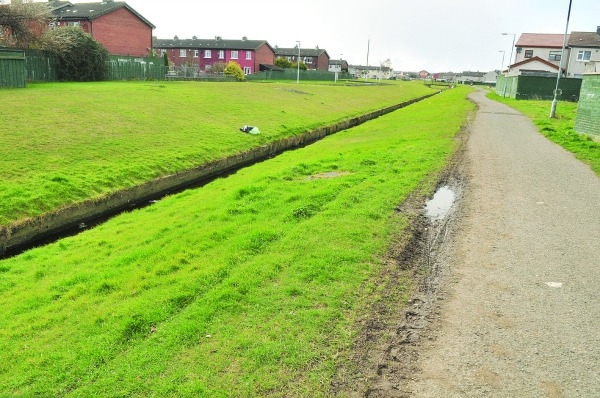 THE brakes are being put on joyriders in one Tallaght estate, after South Dublin County Council agreed to investigate the installation of preventative measures to address the growing problem.

Sinn Féin councillor Cathal King asked the council at Tuesday’s Tallaght Area Committee meeting to investigate the intrusions by stolen cars on to the footpaths that traverse Whitestown Stream adjacent to Dromcarra and Bawnlea Estate in Jobstown.

In his motion, Cllr King stated that it is becoming increasingly dangerous for pedestrians to use this space – while seeking the council’s support in providing a permanent solution to stopping vehicular access to the area.

Cllr King told The Echo: “This is a major problem for residents, especially at night-time when these cars are speeding down these narrow walkways with no lights on.

“There’s very little space to move or get out of the way and there’s a serious risk that somebody could be hit.
“It’s a common occurrence and is growing into a massive problem for those living in the area – the council has to come up with a solution.”

He added: “Another problem is the Garda response, the gardaí are either not coming up on time or not coming up at all and in the meanwhile, the cars are being burnt out.

“Not only are these joyriders destroying the walkway with tyre tracks but they are then burning out the cars, which is having a negative impact on those living locally and also costing the council – which is using taxpayers’ money to remove cars and re-instate grass areas.

“The council has agreed to install temporary measures and then look at a permanent solution and source funding, with residents being consulted on plans.”

In reply to Cllr King’s motion which was passed, council management said: “The Public Realm Section will undertake a detail inspection at Dromcarra and Bawnlea in order to establish what measures are required in order to stop stolen cars gaining access to this footpath along Whitestown stream.

“The options are likely to include the installation of bollards, railings and barriers, or a combination of all three.
“There is no budget provision in 2016 budget. Therefore a costing for completing such works is required in advance of any decision to progress works.”

The council confirmed that it has removed four burnt-out vehicles and three abandoned vehicles from this area in the past year, and that the Dromcarra and Bawnlea areas are cleaned on a weekly basis.

Gardaí also remove vehicles that can be towed or driven off site.