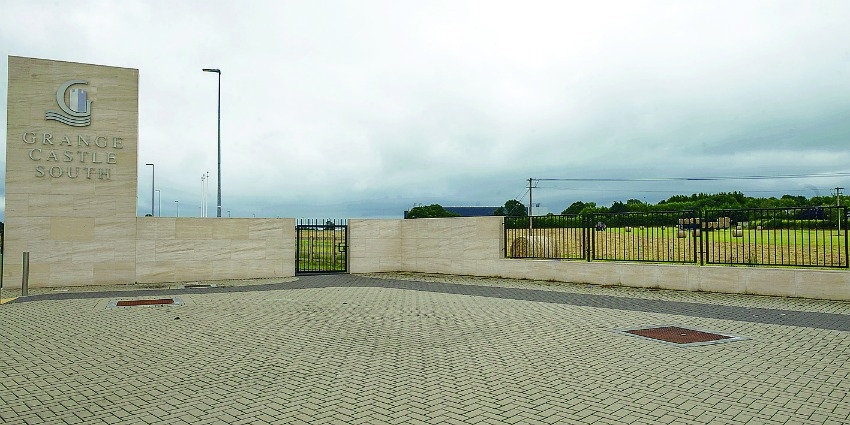 SOUTH Dublin County Council is selling 15 acres of land in Grange Castle Business Park to one of the world’s largest data centre and office providers for a hefty price tag of €6.7m – with the sale paving the way for a €300m proposed development that has the potential to bring 180 jobs during construction and more than 200 once complete.

This week, councillors voted in favour of disposing 14.98 acres at Grange Castle in Clondalkin to CyrusOne Irish Data Centres Holdings, which hopes to develop a major data centre facility on land adjacent to the Google site.

With more than 30 data centres across the US, UK and Singapore, this will be CyrusOne’s first base in Ireland – with the Clondalkin-based facility expected to take around five years to reach full capacity.

It is believed that the American tech company will invest more than €300m into the development, with South Dublin County Council netting €6.7m from the sale of 15 acres of its land – which sold for €450,000 per acre.

The council has not yet confirmed what it would be set to receive in rates from the proposed development.

The investment will create 180 construction jobs and see, within the first five years, 70 people employed directly by the company – with a further 130 employees expected to make use of the office space.

With support from the IDA, a number of meetings have taken place between the council and CyrusOne to date.

Speaking in council chambers, County Mayor Paul Gogarty welcomed the development which, as a data centre, is not just providing rates for the council but jobs for the region.

“Typically, a lot more employment is generated at construction stage with a small number of long-term jobs created. Cyrus One’s plan is different.

“Their €300m investment in our county will generate a lot more jobs than data centres tend to.”

The company will have to now apply for full planning permission for the development.