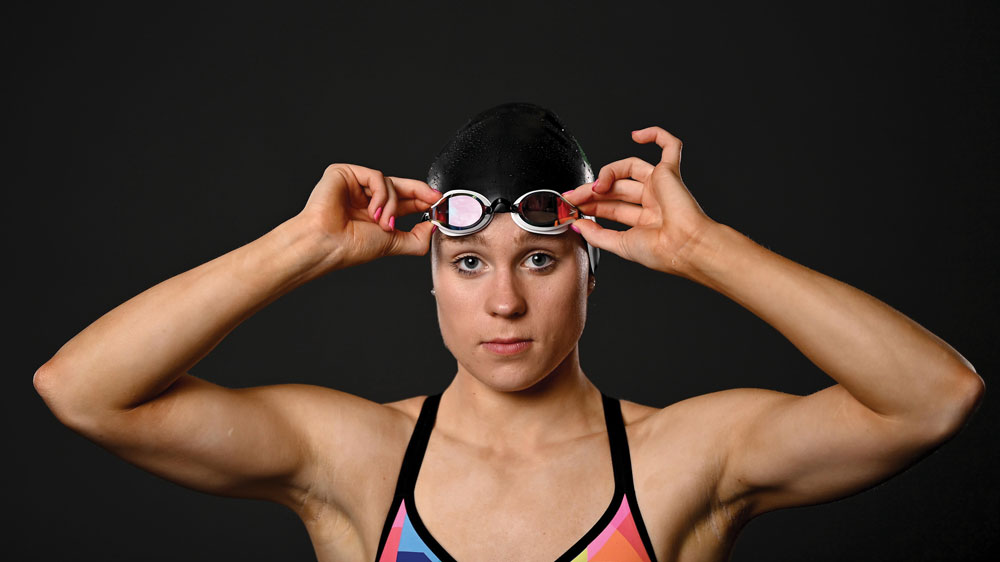 ELLEN Walshe is still taking in just how much her life has altered in the past couple of weeks.

The Templeogue Swimming Club star produced a stunning performance at last month’s qualifiers in the NAC that saw her swim below the FINA ‘A’ time for the Women’s 200m Individual Medley when she clocked 2:12.02.

Just over a fortnight later the 19-year-old was on a plane to Hamamatsu for the Tokyo Olympic Games.

“I’m delighted. Two weeks ago I was sitting on a life guard chair, lifeguarding and it’s just amazing how your life can change in a split second,” she told The Echo.

“I only officially found out on Tuesday [July 6] and the announcement went to the media on Wednesday so it’s been a rollercoaster the last couple of weeks.

“I haven’t a lot of experience as a senior. I’ve only been to Worlds and Europeans once, so only two major senior competitions.

“This is practically my third one and it’s the biggest one that you can get to.

“I’m 19 now and I’m delighted with this. I’m just going out for the experience and to have fun and see where it goes.

“We have a 10-day camp in Hamamatsu and then we go to Tokyo on the 20th, four days before the race.

“I’m back into hard training and then I’ll taper a little bit closer to the time,” she explained.

Walshe will be out in competition in the 100m Butterfly on July 24 before lining out in the 200m Individual Medley a couple of days later.