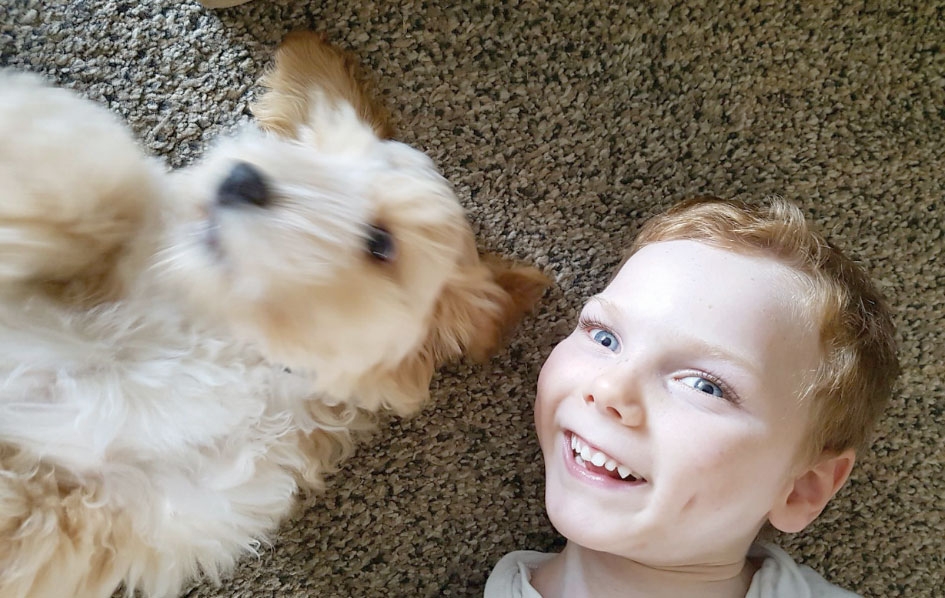 LINDA and Raymond Lester, parents of five-year-old Dylan who is suffering with quadriplegic cerebral palsy, are raising funds to renovate their house to provide their son with better ability to move around their house.

Dylan was diagnosed shortly after his birth with quadriplegic cerebral palsy, a condition that caused him to lose the motor functions in his arms and legs and the inability to speak and eat orally.

Due to this condition, Dylan needs assistance with all aspects of independent living. Dylan can only move around by either wheelchair or by being carried by his parents and he can only be fed through a peg tube inserted into his stomach.

He also struggles every day with muscle spasms and muscle seizures and requires various different medications to manage his spasms.

“Dylan is totally dependent on me and Raymond twenty-four seven,” Linda said.

Every week, Dylan attends physiotherapy, speech and language therapy, occupational therapy and hydrotherapy, which costs the family a substantial amount of money since the early intervention services does not provide enough help. Along with therapy, Dylan also requires specialised nursing care.

In order to pay for Dylan’s therapy and nursing care, Linda and Raymond have hosted many fundraisers.

The two fundraising events coming up soon, however, are going toward house renovations that will make the Lester’s home in Lucan more suitable for a wheelchair user.

The renovations will include extending their house into a double-storey and inserting lifts to make it easier for Dylan to move around the house without his parents having to hoist him up.

The first fundraiser is the Witches Walk Bat Walk event taking place in Waterstown Park on Monday, October 30 at 4.30pm. Tickets cost €3 each or €10 for four tickets.

You can also donate anytime to the “Doin it for Dylan Trust” Go-Fund-Me page at www. gofundme. com/2tirywuc