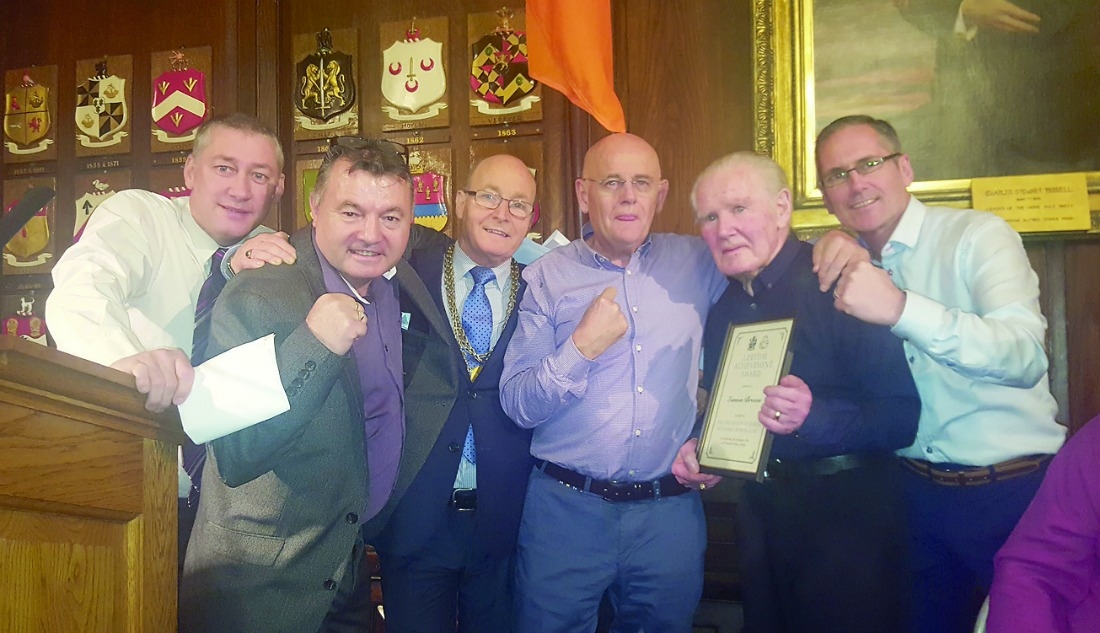 Crumlin BC honours members and officials

THE Lord Mayor of Dublin Brendan Carr recently played host to Crumlin Boxing Club in the Mansion House as the club presented various awards to county board officials.

The club, now in its 28th year, honoured past Club President and founding member Eamon Brown for his years of service with the club.

Five officials from the Dublin County Board also received awards at the event jointly hosted by the Lord Mayor and the Crumlin club.

Originally known as the “Imperial Tobacco Boxing Club”, after the company that donated its first premises, the name changed to Crumlin BC in 1988.

The club, which is based in Pearse Park, has enjoyed a purple patch of late.