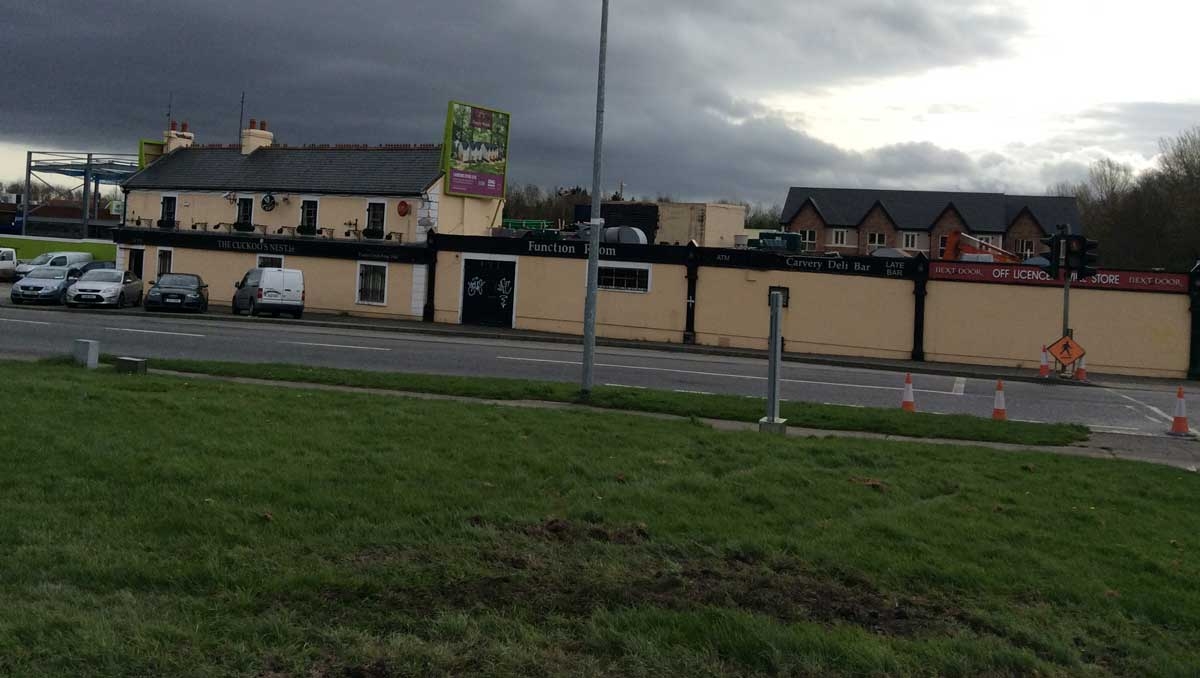 Cuckoo’s Nest pub to be demolished

THE landmark Cuckoo’s Nest pub on the Greenhills Road is going to be demolished in the new year to pave the way for a new, smaller gastropub, while it is expected that people will start moving into the new housing development on site within the next three months.

The site’s project manager, Darran MacNeaney, confirmed to The Echo recently that the pub will be demolished, however it is not yet known who will take over ownership of the new gastropub once it’s constructed.

The houses going up behind the Cuckoo's Nest

Mr MacNeaney, who works for Deirlam Ltd, added that the Cuckoo’s Nest building is “too old to save”, but that the front wall of the premises may remain after the new gastropub is built.

The demolition will be the final part of a wave of development on the site of the Cuckoo’s Nest and Tallaght Theatre, with plans for the Tallaght Theatre building to be demolished in the next four weeks.

A new theatre building is being constructed on the carpark directly in front of the former Tallaght Theatre building, adjacent to the Cuckoo’s Nest.

The old theatre building will be demolished as part of plans for the development of a 45-unit residential estate to the rear of the Cuckoo’s Nest.

The 4.5-acre patch of land went on the market last year, following the closure of the landmark pub in 2015, with a deal being reached with the new buyer last December.

The site was sold last year with a guide price of €4m, with the inclusion of planning permission for a residential development, to be called Temple Woods.

Permission was granted last year for the development of 39 three-bed homes, and six two-bed apartments to be located in a three-storey structure, with the apartments being earmarked for social housing.

When asked how work on the entire development is progressing, Mr MacNeaney said: “It’s going well – it’s on target and on time.

“People should be starting to move into the housing development within the next three months.”