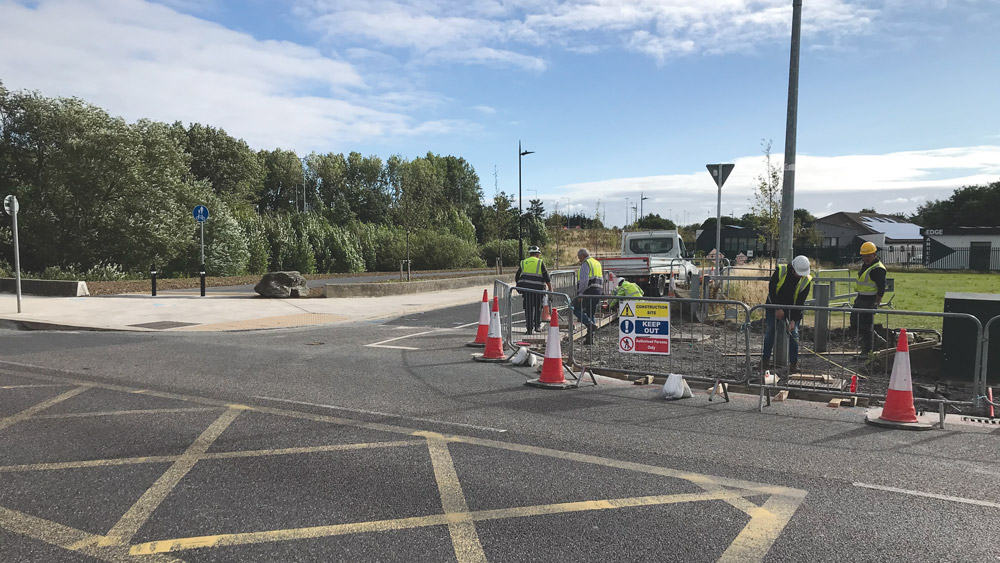 Cycling initiative still on track despite being called a ‘mess’

A CONTENTIOUS new cycling scheme, which spans 1.3km and forms part of the Dodder Greenway, is nearing competition with the bulk of it finished.

As part of the South Dublin County Council initiative, the existing two-metre footpath to the north of Avonbeg Road has been increased to four metres for shared pedestrian and cycle space.

Traffic-calming measures are also part of the plans, with the existing carriageway width of Avonbeg Road being reduced from nine to six-metres as a means to disincentivise “excessive speeding”.

The widening of the footpath and reduction of the road width has proved to be a bone of contention among local residents with it being described as a “complete mess” and a “bottleneck” for traffic.

However, St Dominic’s National School was getting great use out of the cycle scheme for bike trips to Balrothery Weir and back.

Clonmel Enterprises Ltd is the appointed contractor who has been working on site since January 2022.

According to the council, the “shared path along Avonbeg Road is partial completion, with finishing works to occur in the coming weeks”.

There are two phases which are underway now, with entrance improvements at the Charlie O’Toole footbridge/school and connections down the far end at The Edge Café.

Placemaking elements are due to be installed, which include planters, benches and public art, on and around the footbridge and school entrance.

Schoolgoing children will have greater access to the scheme via a new pedestrian entrance to St Dominic’s NS, which will be located on St Dominic’s Road.

This new entrance is scheduled to be constructed throughout August by the developers in preparation for the school’s new term, which starts on September 1.

“The project is still on track to be completed by the end of summer 2022,” the council said.

“The objectives are that these works will calm traffic on the road and along with the new shared path will provide a safe travel environment for all users.”