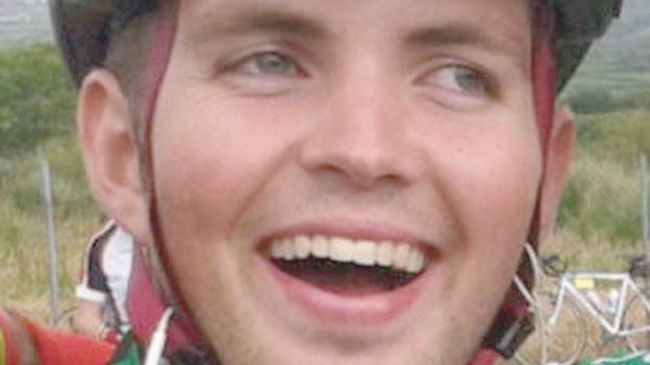 Cyclist died after collision with a road sweeper truck

A cyclist who died in a collision with a road sweeper truck was attempting to overtake the vehicle, an inquest heard.

A witness described seeing Ryan McCarthy, an experienced cyclist, attempting to swerve ‘but it was too late.’

Ryan McCarthy passed away after collision with road sweeper

Ryan McCarthy (25) from Grangebrook Avenue, Rathfarnham, Dublin 16 was cycling at Whitechurch Road in Rathfarnham at 12.30pm on November 17 2017 when the fatal collision occurred.

He had spoken to his mother Stephanie McCarthy that morning and outlined the route he planned to take.

Witness Brian Kelly saw the collision at the entrance to the Whitecliff estate on the Whitechurch Road.

“I saw the cyclist collide with the front left of the sweeper and disappear under the sweeper. It appeared as if the cyclist attempted to swerve but it was too late.” Mr Kelly said in his statement.

The road sweeper was a left hand drive truck with brushes turning anti-clockwise, Dublin Coroner’s Court heard. It was one of a fleet of six road sweepers operated by domestic and commercial waste company Oxigen Environment subcontracted by South Dublin County Council.

Another witness saw Mr McCarthy cycling in the middle of the road just before the accident. Ann Deegan said she thought the cyclist was turning right into the estate but Stephanie McCarthy said this was not the case.

“My home is located further along Whitechurch Road and I’ve no reason to believe my son was entering Whitecliff estate,” Mrs McCarthy said.

“Ryan had said he was going to do a circle, he knew it well, he was an experienced cyclist,” Mrs McCarthy said.

The driver of the sweeper was assisted by a colleague with a leaf-blower who blows leaves into the truck’s path, the court heard. The driver had finished his route and was making a right hand turn off Whitechurch Road into the Whitecliff estate entrance to make a U-turn when the accident happened.

Oxigen supervisor Patrick Carthy said he spoke to the driver’s assistant on the phone at 12.30pm.

“The helper said they had just finished (the route) and he was waiting for the driver to come back down the road,” Mr Carthy said.

Photographs of the scene showed there was a ‘road sweeping in progress’ caution sign on the back of the truck.

The cyclist sustained fatal injuries in the collision and was pronounced dead at the scene. He was wearing a helmet but this was dislodged during the impact, the court heard.

The cause of death was crush injuries due to a road traffic collision.

Ryan McCarthy was a keen cyclist from a competitive cycling family, and was involved in mountain bike, off-road and track events.

Coroner Dr Myra Cullinane adjourned the inquest to resume on April 17 as the family’s legal team are seeking information on management systems in place at Oxigen Environment at the time of the accident.