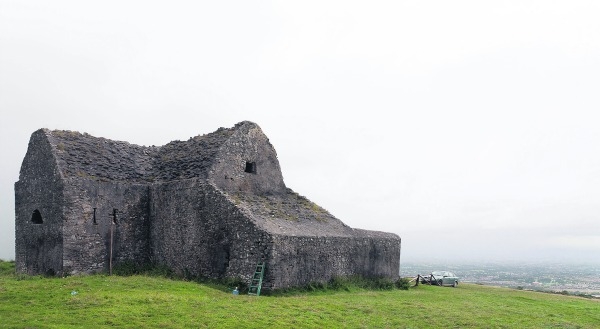 THE €19 million draft masterplan to transform the Hell Fire Club into an integral part of Dublin’s tourism portfolio has generated much debate – with local cyclists this week asking if bike trails will be incorporated into the proposed plan.

Last month, South Dublin County Council unveiled a draft masterplan for the development of the Hell Fire Club and Massey’s Estate – which could welcome up to one million visitors and generate around €4.3 million for the local economy in its first five years.

As per a memorandum of understanding with Coillte, which owns the lands, they conducted a feasibility study that shaped the draft masterplan – which connects with existing routes and trails and includes a Dublin Mountains Visitor Centre, an events venue, a shuttle drop-off, an upgraded car park, an arrival promenade and a tree-top footbridge between the Hell Fire Club and Massey’s.

The council is now progressing onto the next stage of the project, which involves preparing an environmental impact statement (EIS) and lodging a planning application with An Bord Pleanála – by the end of the year.

However, local cyclists have said they feel “forgotten about” in the project, despite hundreds of people using the area for cycling and mountain biking every weekend.

One local cyclist told The Echo: “I think the [proposed development] is a great idea but the council seems to have forgotten about all of the cyclists and mountain bikers who use the area.

“Coillte doesn’t appear to have any plans to incorporate bikes’ routes or mountain bike trails into the plan, which seems like a huge potential tourist and revenue loss.

“I know there are specific mountain bike trails in places like Ticknock but this seems like a huge opportunity lost.

“I and many others use the Hell Fire and Massy’s Woods on the bikes, unofficially I know, but still there are hundreds of us up there every weekend.

“A favourite cycle of many of us would be up to the Hell Fire Club, through Massey’s, out the back of the estate and up the road to Cruagh and over to Ticknock.

“It has the potential to attract thousands of cyclists from all over Europe – just look at what Scotland, Wales and Northern Ireland have done.

“I feel passionate about it because I live in the area and I know the potential that’s there. If they are redeveloping it, now is the time to grasp it.”

When contacted by The Echo, a spokeswoman for Coillte said: “This proposal is at the very early stages and in fact a planning application has not yet been lodged.

“The outline proposal for the project in Dublin Mountains was welcomed recently by the elected members of South Dublin County Council.

“Following this South Dublin County Council and Coillte will move to the detailed design, consultation and planning phases of the project and will be engaging on all elements of the proposed facilities and activities.”