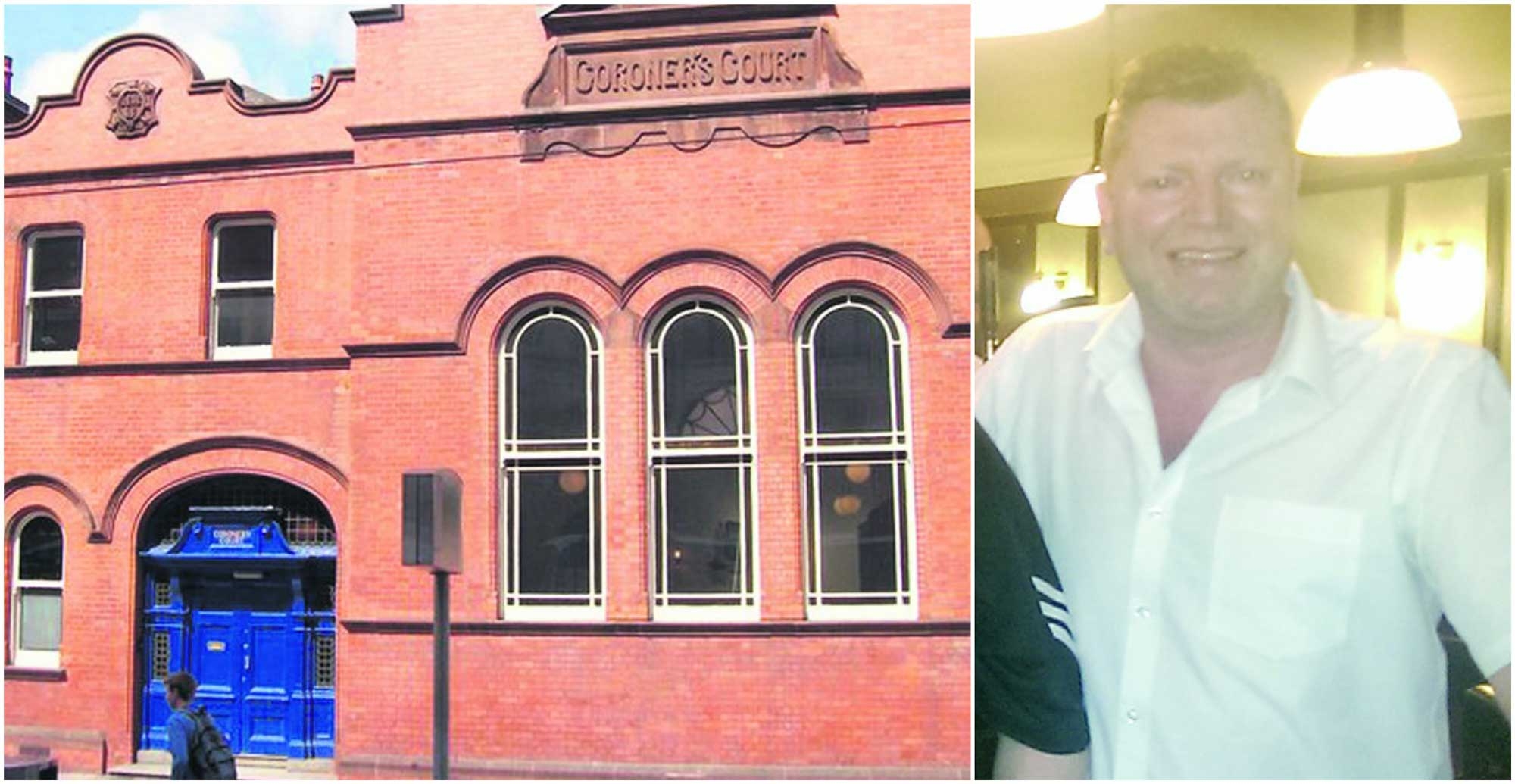 A coroner returned a verdict of medical misadventure after a man developed anaphylactic shock and died following a steroid injection.

Martin Staines, from Killinarden Heights in Tallaght, suffered a fatal reaction to an agent known as polyethylene glycol. The father of four, who had suffered a number of anaphylactic shocks in the past, died after receiving the injection at St James’s Hospital on July 31 in 2015.

He was a devoted husband, father and grandfather, his family said in a statement after an inquest into his death at Dublin Coroner’s Court. They described his death as ‘an appalling tragedy.’

“Martin’s family and friends hope the multitude of systemic failures at St James’s never happens again. His death is an appalling tragedy, but his family hope that Martin’s death is not in vain,” the family said in their statement.

Mr Staines was a day patient at St James’s when he was administered a steroid injection for pain relief before a procedure on his ankle.

He developed an allergic reaction to polythylene glycol, also known as macrogol, one of the ingredients in the steroid.

The agent is widely used in food, cosmetics and medicine, but doctors at St James’s were unaware of its prevalence as an allergen until after the man’s death, the inquest heard.

Coroner Dr Myra Cullinane recommended that medical staff in all treating institutions be made aware of the emergence of polythylene glycol as a significant allergen.

The coroner noted the move from paper medical records to electronic records at St James’s, but highlighted the importance of ‘clearly recording a patient’s known serious allergies on all medical records.’

New measures have been introduced around the use of polythylene glycol at the hospital since Mr Staine’s death, including an ‘allergy management protocol’.

The steroid was first injected into his ankle on April 10, 2014. Mr Staines was seen by Consultant Physician in Infectious Diseases at St James’s, Dr Concepta Merry on May 7, 2014 and she noted he had developed red lumps on his skin. She suspected an allergic reaction to the steroid and wrote the words ‘query steroid allergy’ on his chart.

Mr Staines was advised to avoid the agent, carry emergency adrenalin and to wear a bracelet alerting to his allergy.

On July 31, 2015 he developed an allergic reaction to a steroid painkiller containing the agent he was allergic to, minutes after it was administered. Staff were unaware that polyethylene glycol was a component of the steroid. He developed multi-organ failure and died later that day.

“He died . . . due to a reaction to medication it was well known he was allergic to. His death is an appalling tragedy, but his family hope that Martin’s death is not in vain,” the family said in their statement.