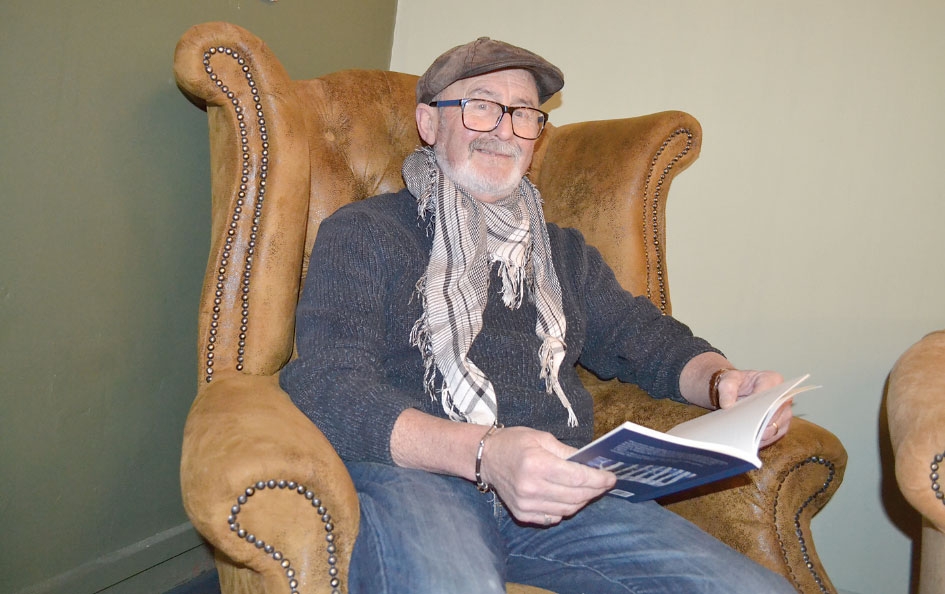 A TALENTED writer will be launching his debut poetry book ‘A Sliver of Moon’ in the County Library, Tallaght today, Thursday, December 14 at 6.30pm.

Springfield man Larry Scully has amassed a sizeable poetry collection over the years, and bolstered by the positive feedback he received from various writers’ groups he has been in he has decided to put his work on paper.

The 68-year-old regularly writes his poetry on his computer, but he decided to compile the book as he wanted “something tangible” to showcase his prose.

Larry told The Echo: “There’s something in the heart that gives me the urge to write, it’s like putting my thoughts on paper.

“The poetry in this book is an attempt to frame my relationship with the world that I live in, and it’s also about my emotions and my feelings.”

The men’s health worker, who works in a project helping to rehabilitate recovering drug addicts, lists Robert Frost and Walt Whitman as influences on his writing style.

Explaining why he chose A Sliver of Moon as the title for his book, Larry said: “I chose it because the moon is a constant but it’s always changing, which is a contradiction.

While Larry said that he finds it a bit daunting to put out a book of his poetry, he has a simple aim: “I hope people will find some connection with the poetry, and that it will resonate with their lives.”