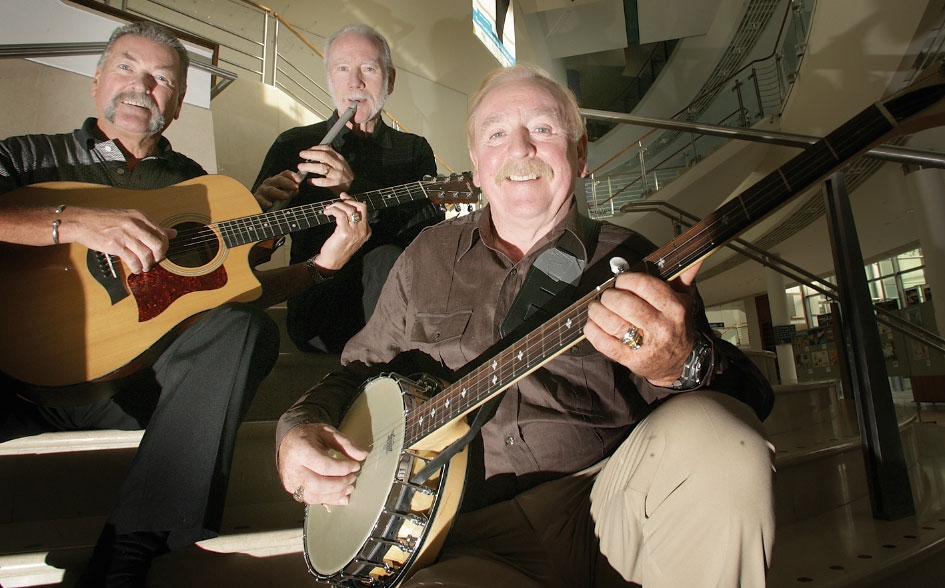 THE popular folk and ballad group The Wolfe Tones will be ringing in the New Year during their annual three-day festival in the Citywest Hotel this month, ahead of marking 55 years since the band formed.

The trio, consisting of Noel Nagle, Tommy Byrne and Blessington resident Brian Warfield, will be playing a varied show over the three nights, including their hits and audience requests, offering a rare opportunity for fans to hear live performances of some lesser-played songs from the band’s extensive back catalogue.

The festival will kick off an exciting year for the band, who’ll be marking 55 years since The Wolfe Tones first began.

Vocalist Brian Warfield, who also plays the banjo, harp and bodhran, told The Echo: “It’s going to be The Wolfe Tones at their very best, we’ll be singing all of our hits.

“You’ll get to hear songs you probably wouldn’t have heard at other Wolfe Tones shows.”

The festival, which will take place from December 29-31, will also feature a performance by the reformed Miami Showband on the second night.

Three members of the band were murdered by loyalist paramilitaries in 1975 when they were returning to Dublin after a performance in Co. Down; their show at the festival will be a mixture of Miami Showband hits with band member Stephen Travers also telling the band’s story.

Brian said: “The first night will be a rebel night about all the great heroes of Ireland through the ages, on the second night we’ll take song requests and on New Years Eve we’ll play through until 12.30am and then there will be a disco afterwards.

“Everybody’s going to have a wonderful time.”