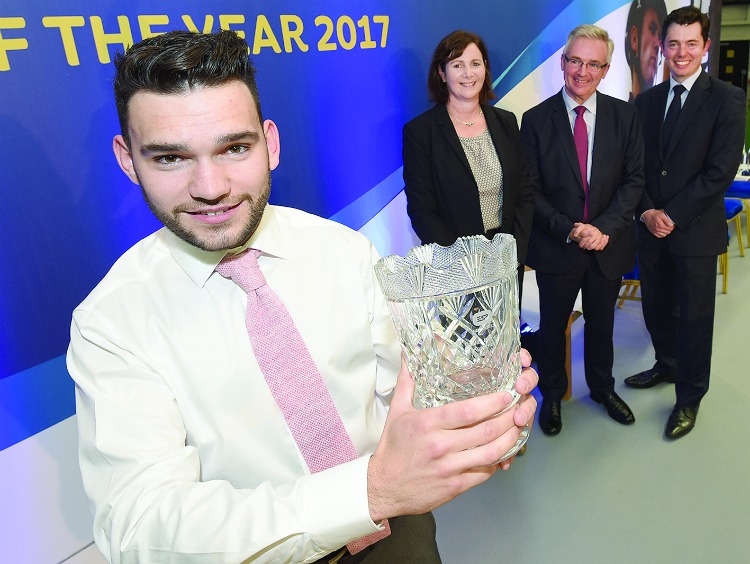 A RATHFARNHAM lad has won the Apprentice Network Technician of the Year after making it to the final four in the high-pressured competition.

Dan Phillips was named the ESB Networks Apprentice Network Technician of the Year following the successful completion of tasks in a high-pressured setting.

Dan is currently on his fourth year of an apprenticeship programme with ESB and came out top of his class, after making it onto the shortlist of four apprenticeships.

“I warmly congratulate Dan Phillips for winning out on the day”, she said.

“With safety a core ESB value, meticulous attention to detail by all finalists was required.”

Commenting on his achievement, Dan said: “I am delighted to have won the Apprentice Network Technician of the Year 2017.

“No two days are the same. The tasks today reflect the varied work of a Network Technician so I am very proud to have won out in the face of very tough competition.”

This year more than 5,650 applicants applied for the 60 places available on ESB’s apprenticeship programme, a 70 per cent increase on last year.