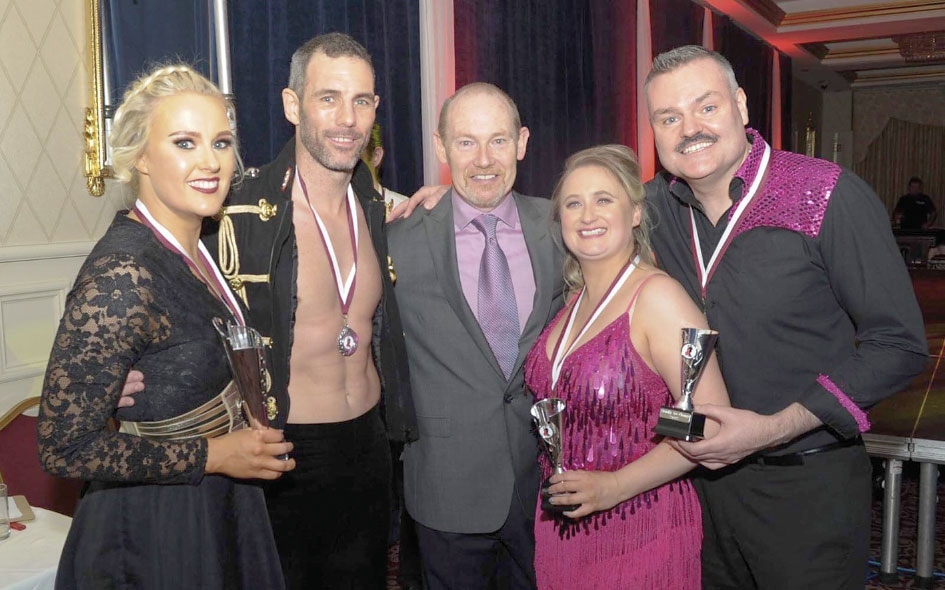 Dancing stars step it out for Simon and homeless

OVER 400 people showed up in support of the Irish Homeless Street Leagues and Dublin Simon community, for a Strictly for Change fundraiser at the Red Cow on Thursday, November 16.

The event raised much-needed funds for the two charities.

Dancers who took part were trained to perfection by Fusion Dance Academy and it was a night to remember for two couples.

Mark Casserly and Amy Flynn won the judges award with a flawless performance of the paso doble.

People’s popular vote winners Therese Enright and Rob Fitzpatrick lit up the stage with their performances of the salsa.

It was a collaborative effort by the two charities as Frances Kavanagh of the IHSL was quick to point out.

Frances said: “Both the Simon Community and ourselves worked really hard to put this night together, and it is a tribute to all concerned that it was such a success in terms of monies raised and entertainment value.”

The event was hosted by FM104 Clyde Carroll of Dublin Town.