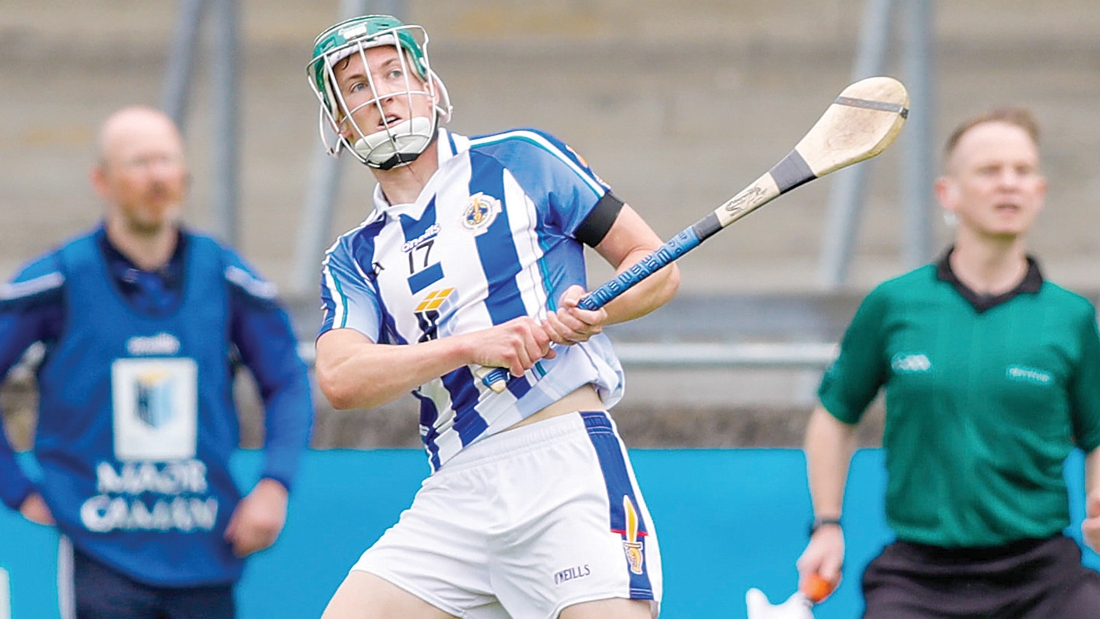 Davis and Boden go down in Senior Hurling C’ship

DESPITE losing their opening game in the Senior ‘A’ Hurling Championship against defending champions Cuala, Thomas Davis manager Johnny McGlynn is hopeful of keeping his side’s unbeaten home run intact in the next round.

Since McGlynn came on board, Davis’ have maintained an unbeaten run of games in Kiltipper and they will play their first ever Senior ‘A’ Championship match at the grounds when they host Na Fianna on WednesdayJuly 29.

Aidan Mellett was in action for Ballyboden (Image: John Kirwan)

“It is all going to be tough for us but we’re going to be pushing just like everybody else is,” McGlynn told The Echo about competing in the top-tier.

“You have some good experience in the group with the likes of Cuala and Na Fianna, they’ll both be pushing to win the group.

“Na Fianna have had some success at Minor and Under-21 in recent years and those lads are starting to come through there now, so we’re expecting a good match.

“But they have to come up to Kiltipper midweek, which isn’t an easy thing to do.

“Since I’ve come in four-years-ago, we haven’t lost a game in Kiltipper, and we’re looking forward to it for sure.”

The Little Village’s first voyage into Senior ‘A’ did not go as planned last weekend as defending champions Cuala chalked up 1-22 on their way to victory in Group Four.

Dublin footballer Con O’Callaghan bagged 1-3 for the Dalkey outfit but Davis’s put up a fight, with Kevin Ward splitting the posts from five frees for the travelling side.

Davis managed 0-15 overall but it was not enough as the game wore on, with Cuala asserting their dominance as Liam Murphy slotted over seven placed balls.

Meanwhile in Group Two, Ballyboden St Enda’s suffered a 14-point defeat at the hands of a dogged Kilmacud Crokes in Parnell Park on Sunday.

Goals from Ronan Hayes (2-0), Mark Howard (1-2) and Alex Considine proved to be the deciding factor for Crokes while Oisín O’Rorke chipped in with 0-7.

Corner forward Paul Ryan managed 0-6, including a sublime sideline cut in the first-half, but overall the Firhouse Road men struggled to match the pace of the game.

Aidan Mellett, Niall McMorrow, Conal Keaney and Niall Ryan also chipped in with a brace each.

On Wednesday, Joe Fortune’s men will be hoping to register their first points on the scoreboard when they travel to Clontarf Road to challenge newly-promoted Scoil Ui Chonaill.

At 12th Lock on Saturday, Lucan Sarsfields put on a clinical display in their 2-18 to 1-14 win over Ballinteer St Johns.

Matthew Dunne found the net in the opening half for the hosts before Dublin star Chris Crummey slotted home in the second. Sean McCaffrey’s men go on the road in the second round when they take on St Oliver Plunkett’s Eoghan Ruadh at Martin Savage Park on Wednesday evening, July 29.