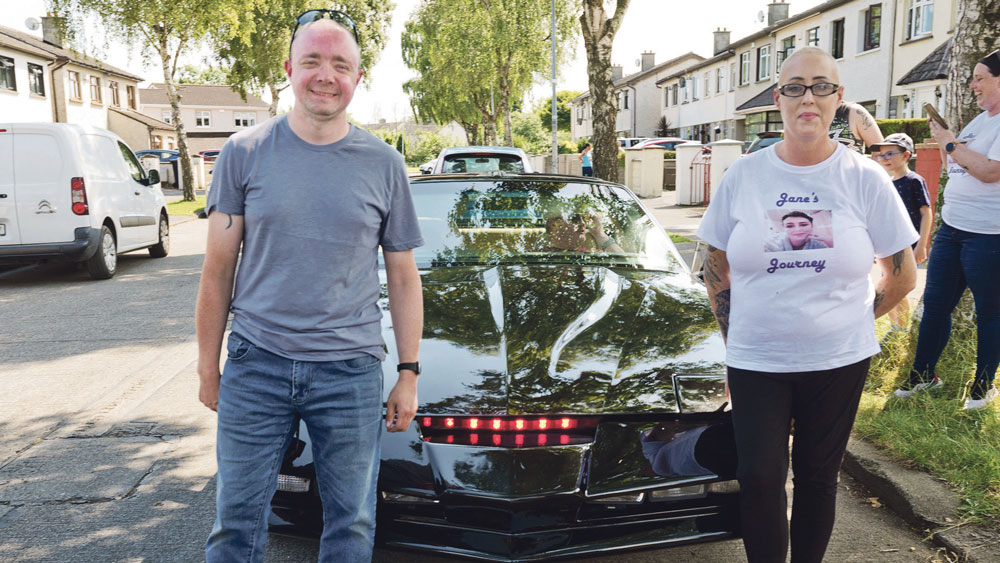 Paul and Jane in front of Knight Rider

IT WAS a day to remember for Clondalkin woman Jane, who’s friends threw her a fulfilled wish list 50th birthday party, raising almost €3,000 for her cancer treatment in the process.

As reported in last week’s edition of The Echo, a group of women decided to throw their friend Jane McGavin Carthy the ultimate 50th birthday party, which took place on Saturday, July 17.

Jane was diagnosed with stage four sickle cell, bone and lung cancer at Christmas, and since then her best friends and the community have rallied around her to give her the support that she deserves by raising money for her treatment. 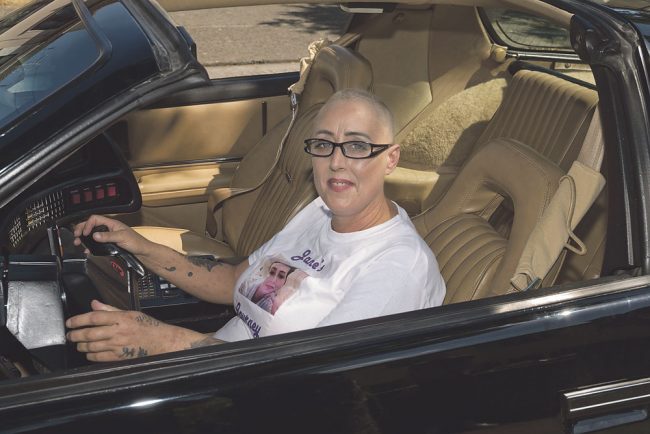 Inspired by her favourite movie, Jane’s best friends Rowena Whelan Corcoran, Lisa Mullen, Samantha Keating, Ann White and Rachel Clail arranged for her to arrive to the party in style in K.I.T.T – the Knight Rider car.

“She was so surprised about the car – it was her favourite show. She was so overwhelmed and wasn’t expecting it at all, she had a great time”, Jane’s friend Rowena tells The Echo.

As part of her 50th birthday celebrations, Jane’s friends also organised a raffle with many local businesses generously gifting spot prizes such as an overnight stay from The Clayton Hotel Liffey Valley, meals, tattoos, boat trips, tearoom, kids play area and amusements, foosball/cooler table, jerseys, home packages, power washing, a magician, massage, Aura card reading, photography, cakes and even a personal trainer – all donated from local businesses and people in the community. In total, €2,950 was raised for Jane’s cancer treatment as a result of the raffle.

In addition to the Knight Rider car, personalised videos from actor Peter Coonan, who is best known for playing Fran in the RTÉ series Love/Hate and from American make-up artist Jessica Dadlani were shown on the day to Jane’s surprise.

“It has been an absolutely amazing experience from the beginning, and we are in awe of the support recieved for our friend Jane whilst she is on her Journey,” said Rowena.

If you would like to donate to Jane’s Journey or find out more information, you can search ‘Jane’s Journey’ on Facebook.