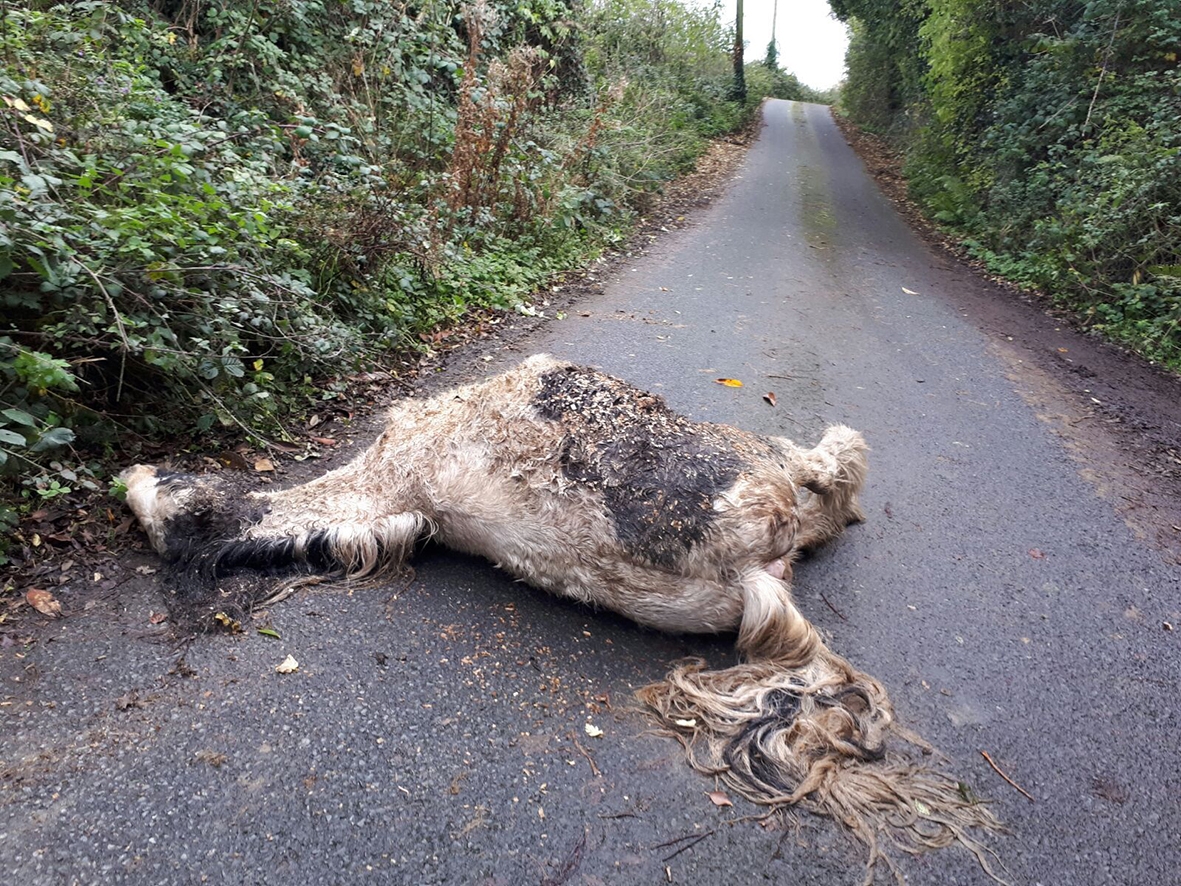 HORRIFIED residents found a dead horse on Kiltalown Lane this morning, and despite a number of reports being logged with South Dublin County Council the deceased animal’s carcass remains on the roadside this evening.

As of yet, the horse’s condition when it was dumped on Kiltalown Lane is unknown, however distressed residents who came across the animal this morning believe that it was dumped there last night.

After being made aware of the dead horse and visiting Kiltalown Lane, Echo.ie reported the dead animal to the council around noon today.

However, Echo.ie was told after 5pm by council staff that the call had been logged and passed to the relevant department – with no confirmation given as to whether the  horse was scheduled to be removed.

Tallaght Fianna Fail councillor Charlie O’ Connor also contacted the council and he said: “I contacted both the council and Tallaght Garda Station, and the station told me that they were aware of the horse and had passed the details onto the council.

“When I called the council I was told that it would be dealt with on Tuesday, which is not good enough.

“I’m hoping with the number of reports the council got that they will prioritise the removal of this horse, and I will pass by the location in the morning to check if the animal has been removed.

“If not, I will be putting pressure on the council to remove the dead animal as soon as possible.”

He added: “Firstly we have the cruelty aspect of a horse being found dead on a road like this but it is also distressing for those who come across it.

“It also poses a health and safety hazard and while this road would not be too busy with people, somebody could drive into the horse.

“There needs to be some sort of system put in place to deal with situations like this, it shouldn’t take this long to remove a dead horse from a public road.

“I also believe that if there is any CCTV on approach roads into the area that it should be checked to discover how the horse ended up on this stretch of roadway.”

Anybody who may have any information on how the horse ended up on Kiltalown Lane can call the council on 4149000.