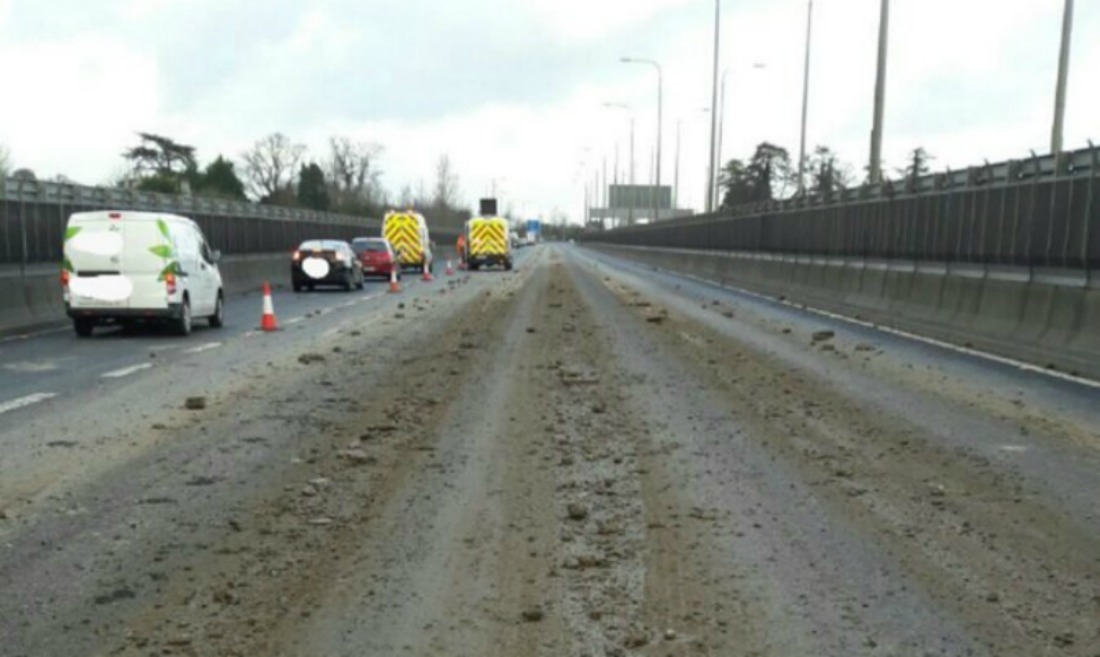 Debris causing delays on the M50 in both directions

Motorists have this afternoon been warned to take care on the M50 in both directions as debris is causing delays.

The warning comes as clean-up crews make their way to the Westlink bridge northbound to remove debris.

Westlink bridge N’bound down to one lane due to debris on the road. Clean up crews on site. Approach with care. #m50safety pic.twitter.com/QYb4DvCAE9

DUBLIN: M50 northbound now down to one lane between J7 Lucan and J6 Blanchardstown due to debris. Slow on approach. https://t.co/qvBPcgxUj8

There is debris on the M50 southbound between J14 Leopardstown Rd and J15 Kilternan. https://t.co/qvBPcgxUj8

It is believed a truck has shed its load, with reports of bricks and large stones on the motorway.

Meanwhile, the southbound lanes between Junction 14 (Leopardstown) and Junction 15 (Kilternan) are also covered in debris, with delays in the area.