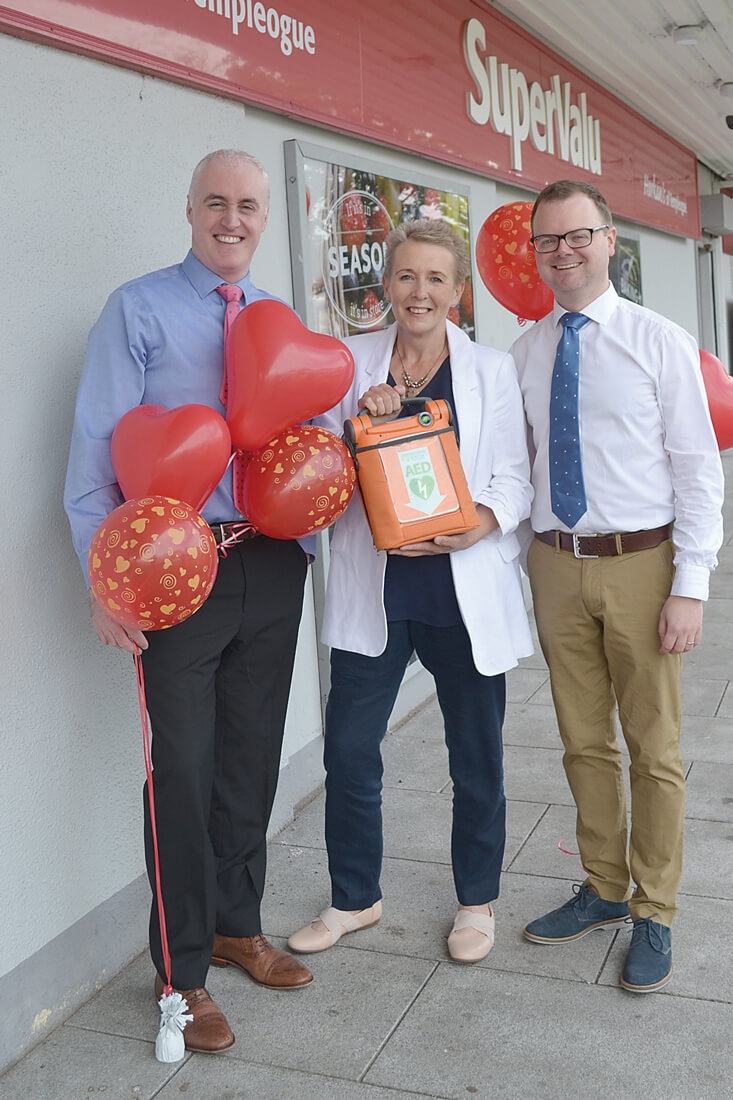 TWO businesses combined their resources to provide a defibrillator and first responder training for staff, to give back to the local community.

The equipment is available to the general public at Supervalu during opening hours (8am to 10pm daily).

“One of my best friend’s mother needed a defibrillator at Churchtown Shopping centre, luckily they had one available – that brought it into focus,” said Declan O’Sullivan, owner of Maxwell’s Pharmacy.

“Supervalu were very kind to come on board. We split the cost and trained staff on top of everyone who was already trained. There was nothing here at present. I believe one of the surgeries had one, but it is not open quite as long as the shopping centre. Both businesses benefit hugely from the local community.”

The life saving equipment and training was self-funded because the centre is a private enterprise.

Although installed within the last six months, an official public launch took place on Monday (May 19).

“We want to try and generate awareness that it is there,” said Declan.

“It is generally a busy centre with it’s own peaks and troughs. All businesses at the centre are aware of the defibrillator, as are three local GP’s.

“The defibrillator cost about €1,500, and the training was €1,000, conducted with staff over two evenings. The training compliments two members of the pharmacy and six in Supervalu, who already had training. Now between us, we have close to 20 staff in total trained.”